It was like any other night out for Ruby: Drinks with friends, a little blow and a cute boy who said, “Let’s go,” so she did. But as she turned onto a side street in downtown Santa Cruz, a siren’s wail and flashes of red and blue stopped her in her tracks and changed her life forever.

Ruby Mendoza, 26, forgot to flick her headlights on, a mistake that would lead to her third DUI, five years of probation and 64 days on house arrest. Previously, in 2011, Mendoza had been arrested twice in a two-month span for driving under the influence. 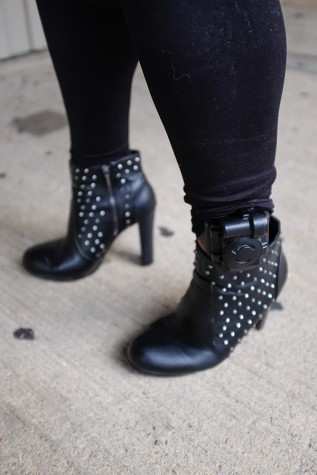 Now on house arrest and sober since that night in Santa Cruz in November 2015, she reflects on her battles with substance abuse and alcoholism, and her struggle with being a transgender woman. Transgender is a term for people whose gender identity and/or gender expression differs from the sex assigned at birth.

“The only thing that I knew was substances,” she said as she sat on the front porch of her mother’s San Jose home. “And how to cope with things was through that; using and partying and being a reckless individual.”

Even after her two DUI arrests in 2011, Mendoza had continued abusing drugs and alcohol as a student at De Anza College, until her third arrest in 2015. She said she felt drugs and alcohol weren’t an issue because she was able to complete her schoolwork and maintain a steady job.

Alyssa Diaz, 24, a friend of Mendoza’s since they were teenagers, said Mendoza’s substance abuse was detrimental to the relationships in her life.

“The drugs and alcohol caused her to hurt a lot of people including herself,” Diaz said.

Substance abuse, Mendoza said, was common growing up in her family and her unstable upbringing had a hand in the development of her addiction.
No place to call home
When she was 10 months old, her father left her mother with Ruby and her older brother. For the first 14 years of Mendoza’s life, she was homeless, living out of cars and staying in shelters.

Bouncing around from shelter to shelter hurt Mendoza’s education, forcing her to enroll in different schools every time she moved. She attended 12 elementary schools, three middle schools and six high schools.

Mendoza’s mother raised her as a Jehovah’s Witness. Although they were homeless, they would perform Bible study and attend church on Sundays. Well, not every Sunday, Mendoza said; it depended on whether or not they had found a place to shower.

Mendoza said she always knew that she identified as a woman. As a child, she would play with girls, but her mother would beat her for doing so.

“I had to go play with my brothers, with wrestler toys or play video games,” she said. “That’s what I was supposed to do.”

Not being able to be her true self, coupled with the instability in her family, Mendoza turned to self-medication to ease the pain she felt within. She began smoking cigarettes when she was 12, and regularly abused cocaine and alcohol at 13.

As a teenager, Mendoza said she wanted to date men, but did not feel comfortable because she publicly presented herself as a heterosexual male.

“I had been portraying my life as a heterosexual,” she said. “How was I supposed to approach them and interact with them? It was such a scary thing. I couldn’t even fathom the idea of doing it.”

She used online dating as a means of connecting with gay men, visiting the casual encounters section on Craigslist.com on numerous occasions. Online dating allowed her to interact with men without the anxiety of an initial conversation.

Breaking Through
At school and in her personal life, she kept her transgender identity hidden, fearing persecution or harassment from her peers.

“I knew that I was a woman, but I was like ‘I’m not going to express it; I’m just going to say ‘I’m gay.’ It’s easier,’” she said. “Even though it’s not socially acceptable, it’s just going to be easier than saying, ‘I’m transgender.’”

After dropping out of high school and working menial jobs for several years, a 19-year-old Mendoza found herself in a youth homeless shelter. She ran to the shelter’s counselor in tears because she did not feel comfortable sharing a room with a boy.

The counselor encouraged her to do what made her happiest and to live the way she inherently feels, as a woman. The counselor moved Mendoza into the girls’ dormitory, where she was welcomed by the other girls and, for the first time, felt at ease about her transgender identity.

“[I felt] So comfortable,” she said. “The girls were accepting, and it just felt good to be comfortable in my own skin.”

Her biggest fear about transitioning, she said, is the discrimination that trans women of color face in the workplace and the reason a disproportionate number of trans women perform sex work to survive. According to a survey by the National Center for Transgender Equality, 69.3 percent of trans women who turned to sex work experienced discrimination in the traditional workforce.

Aggressive discrimination against transgender people reached De Anza in January when anti-transgender graffiti was scrawled on the wall of a gender-neutral restroom in the P.E. quad. Mendoza said that De Anza College and its students must create a safer environment for people of the LGBT community.

Mendoza plans to make the transition into a woman at the end of her time at De Anza, she said, but will not undergo gender-reassignment surgery. She does not want to adhere to the standards of beauty that are forced upon transgender women and women alike.

“Why can’t I be short haired? Why can’t I have scruff on my face?” she said. “Why can’t I feel like a woman and dress the way I want to, comfortably?”

Mendoza said she is focused on continuing her education and staying clean and sober, which has surpassed 90 days so far. She is completing her last year at De Anza and plans to transfer to Portland State University as a communications major in the fall.

Emilie Thorburn, 27, a friend of Ruby’s for more than 10 years, witnessed her struggle firsthand. Although the circumstances of Ruby’s turnaround are not ideal, she said she is proud of Ruby’s commitment to improve her life.

“To see her now, dedicating all of her time to support herself, get into a good school, be there for her mother and be her genuine self even with that thing around her ankle,” she said, referring to Mendoza’s monitoring bracelet, “I can’t believe how far she has come.”

Mendoza said her ultimate dream is to work in education as a counselor or a teacher. She wants to help students who are struggling with their identity. 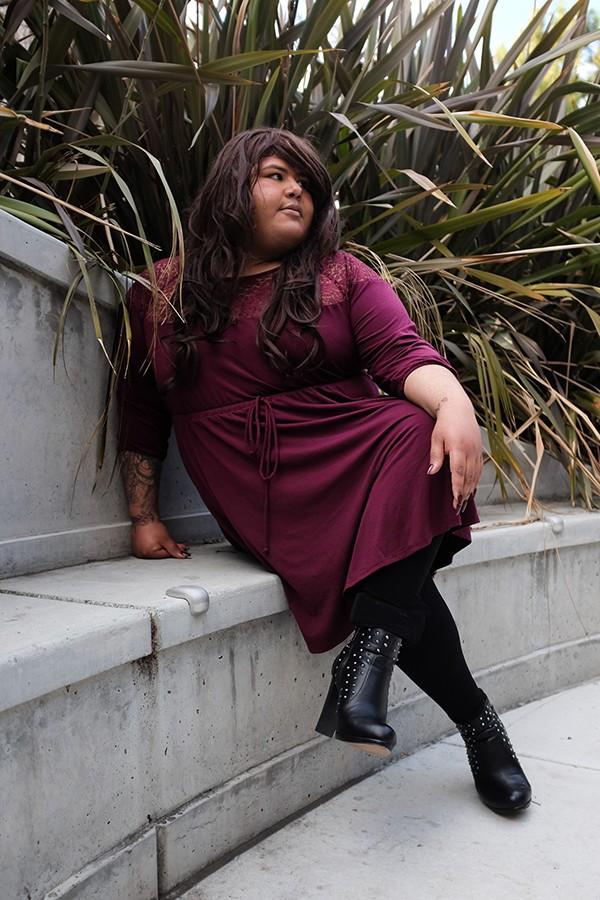 Editor’s note: Ruby Mendoza is a staff member of La Voz who writes under the name Ruben Mendoza