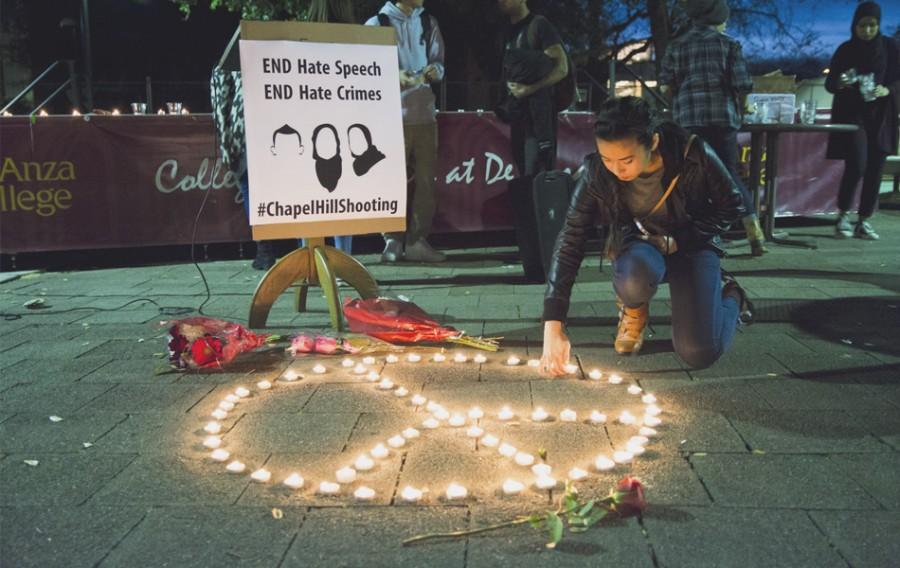 Candles were passed around among students as they gathered in De Anza’s main quad on Thursday, Feb. 12 to honor three young Muslims.
Yusor Mohammad Abu-Salha, 21, her husband Deah Barakat, 23, and her sister Razan Mohammad Abu-Salha, were gunned down in their home in Chapel Hill, North Carolina two days earlier.
Candles began to brighten the quad one by one as the sun set. The students who attended, many from different racial and religious backgrounds, stood in solidarity with the Muslim community following the attack.
The attack in Chapel Hill added to a growing fear of violence against Muslims, as students took to a podium in the center of the vigil to express their feelings about the shooting and violence against Muslims living in America.