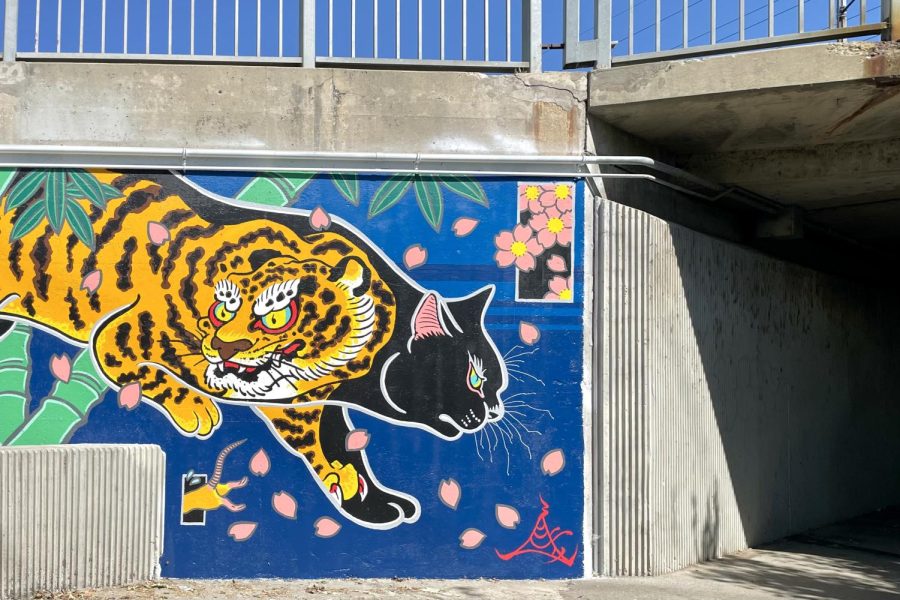 Mural of a tiger monmon cat by artist Horitomo located in The Guadalupe River Trail by Coleman Avenue. A monmon cat represents strength in Asian culture and finds retreat within bamboo trees.

When visiting downtown San Jose, every other corner is adorned with a mural — people, animals, flowers, landscapes and so much more. Yet as San Jose is embracing its murals and unveiling more as time passes, it’s as if they are paying no mind to the gradual destruction of their historic murals.

The city has a rich history, especially being the center of multiple historic movements such as the Chicano Movement, which resulted in multitudes of murals painted across San Jose with a concentration in east San Jose.

Yet these murals, painted by the community and depicting important cultural themes such as the celebration of Chicano heritage, are the ones most vulnerable to destruction. Look no further than the “Mural de la Raza,” a mural that had become a fixture in the east San Jose community for decades only to be abruptly painted over once the building it was on changed ownership.

All that history wiped away with a coat of paint.

It’s entirely unfair for murals that have existed for decades and have become important landmarks for the community to be easily painted over while San Jose boasts more and more mural projects concentrated in its downtown. San Jose can’t just replace the old with the new.

Admittedly, since the removal of “Mural de la Raza,” some protections have been put in place by San Jose’s Historic Landmarks Commission for six Chicano murals after they were added to the commission’s database of historic sites.

While this is still a move in the right direction for the city, more should be done to protect these murals from destruction. San Jose is a beautiful city with a rich, interesting history that deserves more recognition and preservation than it gets.

Local government officials should take the initiative and protect the historic murals of San Jose and finally recognize how pertinent they are in representing the culture and history of the city’s communities.