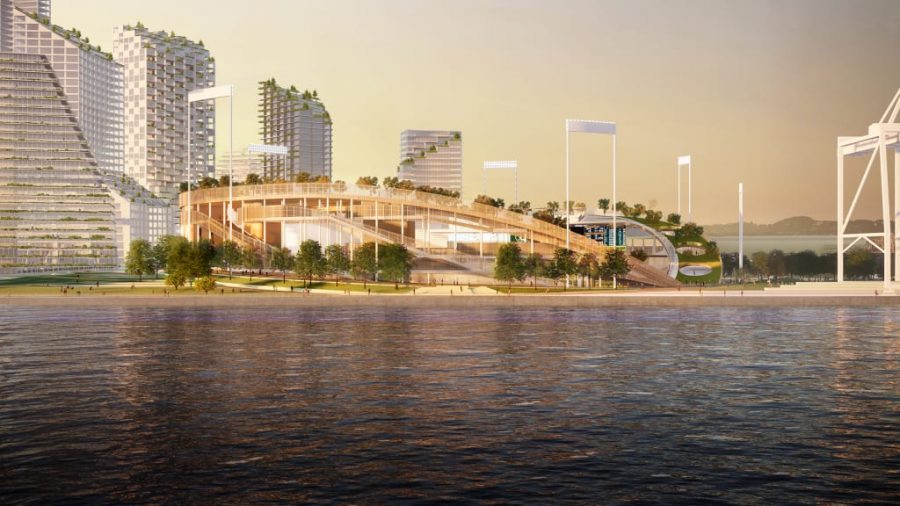 As much as it annoys fans, the City of Oakland was right not to cower to the Raiders in 2016 and shouldn’t fold to the latest pressure from the Oakland A’s and Major League Baseball.

Ahead of the City Council vote on the “Howard Terminal Project” — in which the A’s propose to develop a new stadium on an Oakland port — the team has threatened to pack up and move if they do not get what they want.

It is scary to hear — and misleading. In reality, the port isn’t the only option for a new stadium and the project isn’t as urgent as the A’s and MLB are making it out to be.

There’s still time for a win-win solution that doesn’t involve taxpayers footing the bill on a new “city within a city” that local port businesses understandably oppose.

The lease for their current Oakland Coliseum home — which they own half of — does not end until 2024. There’s no harm in the team staying put as the two sides negotiate.

By coming to an agreement on the other half of the leased land, the A’s could break ground on a new stadium there. It would cause minimal disruption to the surrounding community and keep everything privately funded, since all of the infrastructure for such construction already exists.

That land contains over 10,000 parking spaces and is strategically located off Interstate 880 and a BART station. The A’s could build a new stadium with ease, without burdening the city and taxpayers.

But the A’s prefer not to — it’s not sexy enough to stay put. They’d like for their new ballpark to be “waterfront” instead, forgetting that no mass public transit or commercial parking exists in the country’s 11th largest port.

To sell the project to the public, the A’s said their proposal would “revitalize” that portion of East Oakland by adding jobs, green spaces, retail and affordable housing. These all sound nice, until they ask the city to pitch in more than $1 billion for “infrastructure” upgrades.

Taxpayers still paying the price for a handout the city gave the Raiders to lure them back in the 1990s. The A’s are trying to gouge out even more taxpayer money.

The A’s also tried passing the buck by having MLB declare their existing home “not viable for the future vision of baseball.” But that is absurd, considering the team qualified for the postseason six times in the past decade and is poised to do so again this season.

Even though the Coliseum is old and weak, it hasn’t stopped owner John Fisher from turning a profit year in and year out.

The threat to move is a bark, not a bite. The money they could make elsewhere — in Las Vegas, Portland or Nashville — would not exceed what they get in sharing the Bay Area market with the San Francisco Giants.

The Howard Terminal proposal is shiny — a real estate developer’s pipe dream full of promises that may not be kept. The City of Oakland should not hamstring itself when the A’s already have a more practical option.