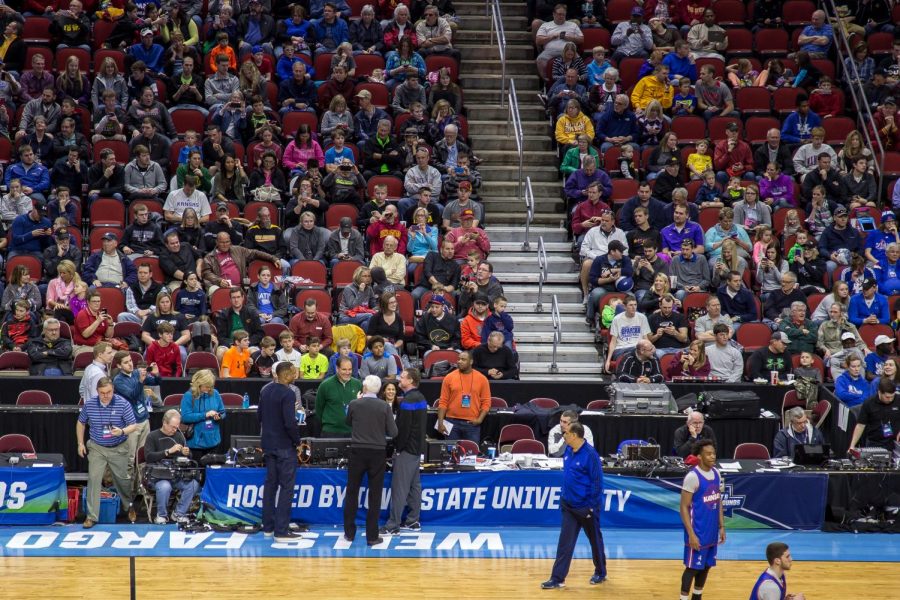 It’s fun being at live basketball games, crowded with fans, cheering and high-fiving after an electric play, with the hot and humid feeling with the people in the arena and players running back and forth on each play. It’s also the recipe for a spike in COVID-19 cases.

The National Collegiate Athletic Association is allowing fans to attend the March Madness basketball tournament this year after it was canceled last year at the start of the pandemic.

The idea of fans traveling all over the country when there’s still strict travel rules and social distancing guidelines makes it cringe-worthy to even think about.

All basketball games are played in enclosed arenas and it gets hot and humid. The players pant through limited air ventilation.

That alone tells you it’s going to be unsafe for not only the players but the fans in attendance. It will cause a spike in cases.

Although fans do bring energy to sporting events, it’s unsafe to have them in attendance because of the pandemic.

Fans traveling from different parts of the country will worsen the spike, since states have different restrictions and case numbers.

The NCAA should follow the same rules as the NBA and not have any fans in attendance, especially for a tournament this large and fast-paced.

Once the tournament gets smaller, the NCAA should do the same as the NBA in creating a bubble with 22 of the 32 teams that are in playoff contention.

When the tournament is in the “Sweet 16” (16 teams remaining), it should settle those teams in a bubble, such as Walt Disney World at the ESPN Wide World of Sports Complex.

This would create a safe and neutral environment for the teams to compete in, while giving fans the televised entertainment they missed out on a year ago.