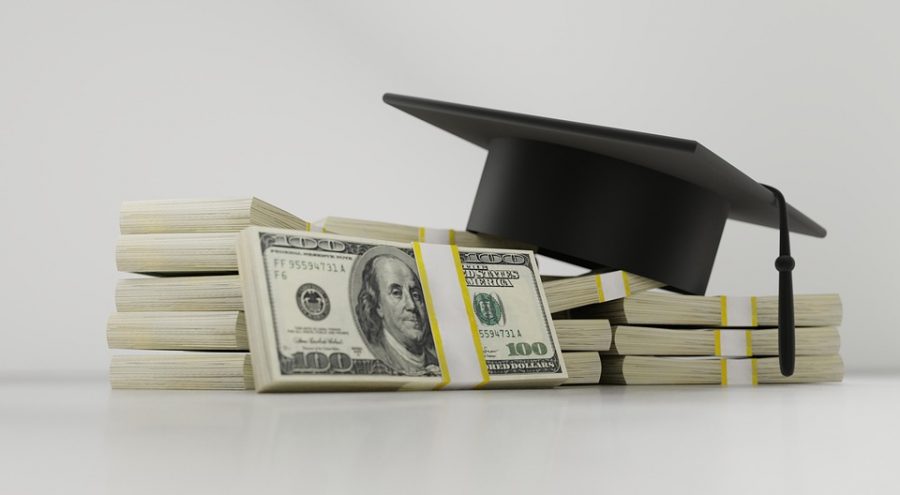 Many graduate with large amounts of student loans that they will repay for decades.

While President Joe Biden has frozen student loans until Sep. 30, it is only the bare minimum to help those who are experiencing financial struggles due to the pandemic.

Biden should cancel $10,000 in student debt to improve racial equity, but he shouldn’t stop there. To close the racial wealth gap, college should be made more affordable and borrowers should receive even larger relief packages.

Freezing student loans offers partial relief for students and graduates with large loan amounts, so they don’t have to worry about the high-interest rates of their student loans. However, this isn’t enough to begin to tackle institutionalized racism within the higher education system.

With unemployment rates for Black and Latino individuals rising during the pandemic, the pandemic only worsened inequity of student debt.

According to the Brookings Institution, Black students carry twice the amount of debt of White students after graduation.

Many students remain hopeful that cancelling $10,000 will be enough. Others are fighting for Biden to cancel $50,000, which is more in the range of true equity.

Biden said he would not cancel $50,000 because he doesn’t have the authority to cancel such a large amount of debt. He also argued that cancelling such a large amount would help those who went to reputable universities and can afford to pay off their loans.

Cancelling a larger amount of student debt would be beneficial to many people of color who struggle to pay for higher education. College should be affordable for all, not only wealthy individuals.

This hasn’t stopped the fight for racial equality within the higher education system. Many state attorneys sent a letter to congress urging Biden to cancel $50,000 — the right move.

The president hasn’t ruled out canceling $10,000 of student debt, though.

While one-third of loan borrowers having all their debt canceled is a lot, it won’t help the many low-income students who have much larger debt. According to the Roosevelt Institute, even $50,000 would only help 34% of Black households.