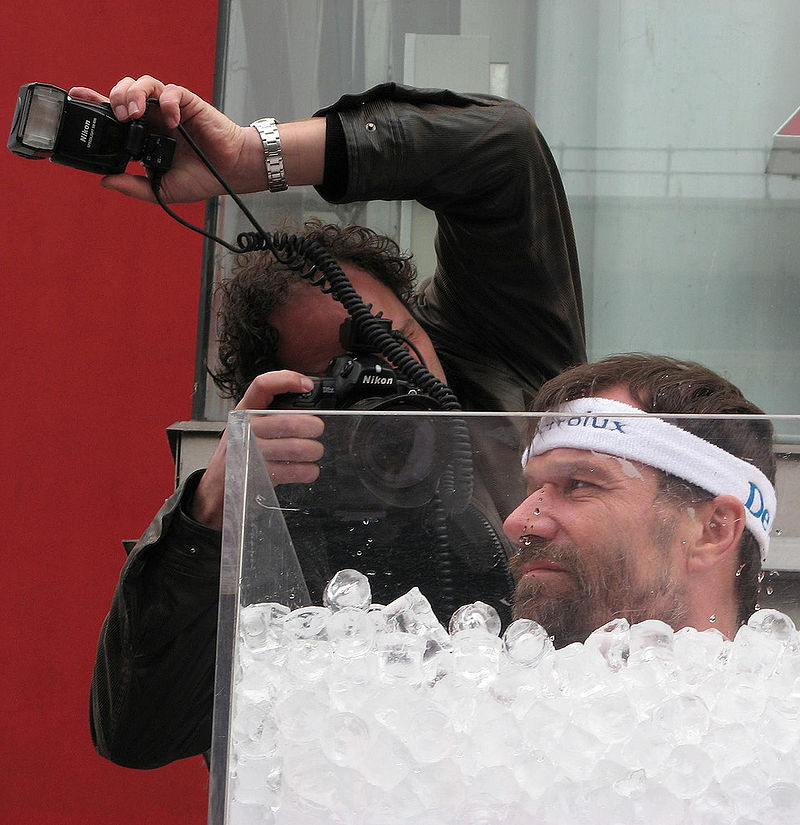 The Wim Hof breathing method is named for its creator Wim Hof, commonly known as "The Iceman". Hof is seen here submerging himself in a tub of ice.

The Wim Hof breathing technique reduced stress and stretched my breathing capability beyond what I could imagine in just three sessions.

Wim Hof, or the Iceman, is renowned for holding his breath underwater in freezing temperatures. Hof’s website claims that his breathing technique, based on a Tibetan meditation practice called Tummo meditation, relieves stress, reduces inflammation and strengthens your immune system.

Before holding your breath, you breathe in and out 30 times as fast and hard as you can. After the final exhale, you hold your breath for an extended period of time. You then take one deep inhale and hold for 15 seconds before beginning another round with 30 rapid breaths.

I tried an 11-minute guided breathing with three rounds. I found that I could barely hold my breath for one minute on the first try, but I reached 90 seconds on the second round without any strain.

This surprised me because I had never held my breath longer than 30 seconds.

The method is supposed to induce a meditative state, but the first time I tried it I could only feel my lungs contracting towards the end. I was watching the clock and focused on keeping myself from breathing.

When I tried the practice a second time, I didn’t feel any pain or any urge to breathe until the end. I did not reach a thought-free space, but I could clear my head.

In my last session, it felt almost natural to hold my breath for 90 seconds. I tried holding my breath for longer but only made it about 10 seconds further.

It may take longer time and consistent effort to experience long-term benefits, but it’s clear to me that this breathing method is a fast way to meditate and manage stress.

I would definitely recommend it as a daily practice or a stress reliever used as needed. I can’t speak to the benefits of cold exposure, but the Wim Hof breathing method is a great experience.