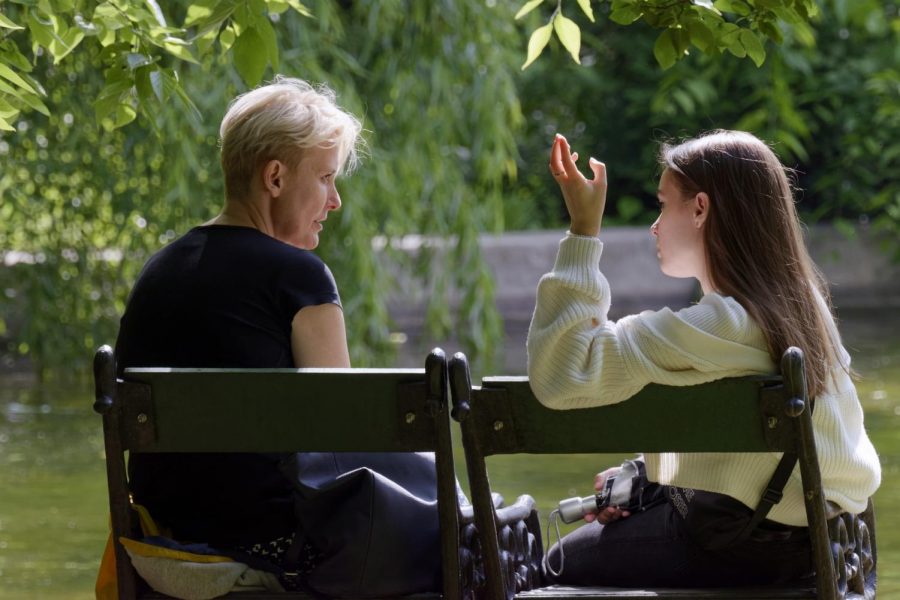 As uncomfortable as they can be, conversations about race between you and your loved ones can spark eye-opening realizations on matters that impact your way of living.

In light of the Black Lives Movement, communities of all races are taking notice of the power in speaking out, standing up and using your voice to keep a movement alive.

Topics such as the Trump administration, police brutality and the criminal justice system are some of the most popular talking points.

Often, younger people’s opinions on these issues are dismissed as taboo in our own household in order to avoid unpleasantness, but I’m certain that with a patient mindset and listing out do’s and don’ts, an easier discussion can be achieved.

Before entering conversations, it is important to keep in mind that your family and friends have had their own life experiences that have shaped their beliefs and values.

Immediately lecturing them isn’t going to stem a healthy conversation.

According to Net Impact, listening leads to asking questions and demonstrates a readiness to learn and understand.

“It is important to seek out answers to questions that you don’t know and be willing to be educated on topics that you are uninformed about,” according to Net Impact.

In a world currently taken over by petitions and protests, citizens neglect to focus on ‘why’ certain actions are being taken, keeping their views one-sided.

Which brings me to my next point, be educated and prepared.

Now more than ever, access to information is in the palm of your hands.

Resources such as statistics, videos, articles and infographics are good to keep at hand to better solidify your point, but be aware not to just shove an excessive amount of information to their face, as they might respond better with time to digest and process their thoughts.

In addition, the way in which you present your thoughts and opinions have a lot of impact on the tone of the conversation.

Making ‘I’ statements rather than just truth statements indicates a sense of empathy towards your peer, allowing for a more personal understanding of each other.

According to GoodTherapy.org, “‘I’ statements enable speakers to be assertive without making accusations, which can often make listeners feel defensive.”

Race is highly sensitive and personal to those involved.

According to Forbes, race is the number one topic that you must avoid in a professional setting because people feel so strongly about it, which speaks to the difficulty in having these types of conversations, especially with family.

Phrasing an issue to clarify that this is concerning you rather than an attack on the other’s beliefs is a smart approach for a reasonable discussion.

Although this part may not happen every time, finding some common ground will help reduce some tension and lessen a divide according to NBC News.

As much as we’d like for things to go smoothly, we know it doesn’t always go that way.

A tip given by Harvard Business Review is to be prepared for bad reactions such as finger-pointing, denial, arguments and tears.

“You cannot control the other person’s reactions, but you can anticipate them, and be emotionally ready,” according to the Harvard Business Review.

But of course, if arguments escalate into potential harm, do not risk your safety and calmly end it; you can return to the conversation later.

Working up the courage to speak about race issues is something I find myself doing more and more lately.

Although I believe the people in my life mean well, they often speak from the heart without much understanding of history and data.

What helps me the most is trying to imagine being in the other person’s shoes.

Once I understand their point of view, it is easier to compare and contrast their situation versus the matter at hand.

Keep in mind that this is a marathon, not a sprint; do not expect to change people’s minds nor understand certain things yourself after just one sitting.

The important thing here is that you are talking.

As an active member of society, you care enough to express your concerns and it might not be at a public rally or town hall meeting.

That is OK; it all starts at home.