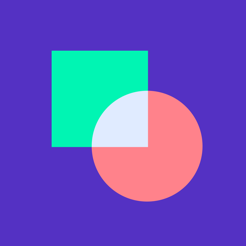 Vine was one of the most popular social media platforms of the decade, it being a platform where people could make and share small six second clips. Despite the popularity, the platform would meet its fate in 2017 when it was shut down.

Since then, many other similar apps such as Periscope, Dubsmash, Instagram Live and TikTok have stepped up in its place and dominated the market.

Nearly three years since its shut down, Dom Hofmann one of Vine’s co-founders has released what they call to be Vine’s successor: Byte. Just like Vine, users can create and share six second clips on Byte.

The platform is already extremely successful, garnering over 780,000 downloads in only its first week.

So what makes Byte special compared to other similar platforms?

Design-wise, Byte has its own unique and visually pleasing style.

Byte has a very retro and vaporwave feel to it. There’s a lot of neon effects with solid and contrasting colors. This alongside the rounded edges of everything gives it a very unique flair compared to other platforms.

The user interface also is nice in some aspects. It’s very simplistic and decluttered versus other layouts.

Given what Byte has to offer stylistically, it’s not much compared to the challenges it faces.

Even though Byte is more simplified and decluttered, it misses out on a lot of the features other platforms have. For example with TikTok, users are open to more features, they’re able to share sounds and are able to duet with each other’s clips.

There’s also the added fact that Vine’s successor is being opened after three years and will have to compete with the current dominating platforms.

It’s certainly a tough road for Byte to overcome, but perhaps there may be hope for the platform.

According to a TechCrunch article, Dom Hofmann, the co-founder of Vine and creator of Byte, plans on partnering, paying, and compensating creators for their work.

Compensating creators is an issue many of the current platforms face. Many content creators aren’t paid for their work on these platforms.

Hopefully this move will attract more users and can be what Byte is known for instead of its Vine namesake.