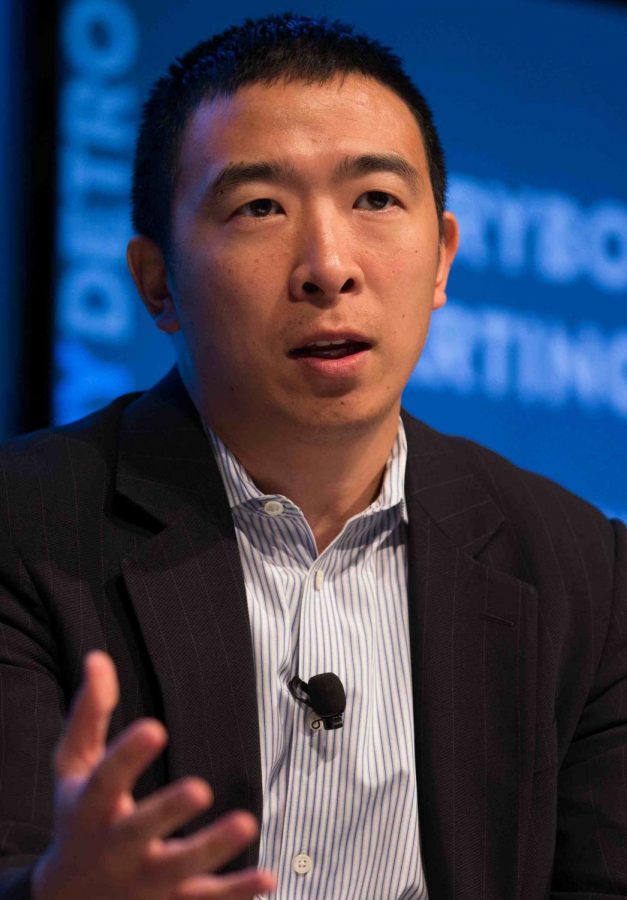 Democratic presidential candidate Andrew Yang’s proposed initiative to give a universal income of $1000 to every American over 18 is a flawed plan.

This idea comes from a financial model called “Universal Basic Income,” which means all citizens of a city, state, or country will receive a set amount of money monthly regardless of their employment status or their wealth.

Yang called his version of the plan “Freedom Dividend.” According to Yang’s website, “The Freedom Dividend is a form of universal basic income, a type of social security that guarantees a certain amount of money to every citizen within a given governed population, without having to pass a test or fulfill a work requirement.”

As a student, I know it would help reduce my stress a lot financially so I can focus more on my studies and my life. This system could be a great safety net for most middle or lower class families to raise their quality of life and to make ends meet without sacrificing an aspect of their life.

According to PBS NewsHour, Yang is trying to accomplish his plan through 10% Value Added Tax. Instead of a sales tax that you pay at the time of purchasing the product, the tax is paid by the supplier in different stages. Yang believes VAT would make it harder for big businesses such as Amazon to get out of paying any taxes.

Kyle Pomerleau, the chief economist at the Tax Foundation ran the numbers on Yang’s proposal to see if they add up and it seems like they don’t.

Pomerleau roughly calculated that $1.3 trillion would be raised as a result of Yang’s tax increase. More than $950 billion of that money would come from the proposed 10% value added tax, and Pomerleau said, “that would not be enough to pay for the $2.8 trillion that Yang’s proposed universal basic income would cost each year.”

As we modernize and automate work environments, better jobs are created for people. The effective way of helping Americans is to educate them on the new technologies, so they can excel and make more money themselves.

That is more beneficial and longer lasting than what UBI can do for American citizens. I agree that providing people with better education and better tools is a more beneficial investment than providing a safety net for people.

Government resources would be better used for affordable education, and programs that really provide equal opportunity to all people. This way everyone can be educated and find a job that provides better quality of life for them and their family without worrying about student loans. I believe this will solve the actual problem rather than just providing a temporary solution.