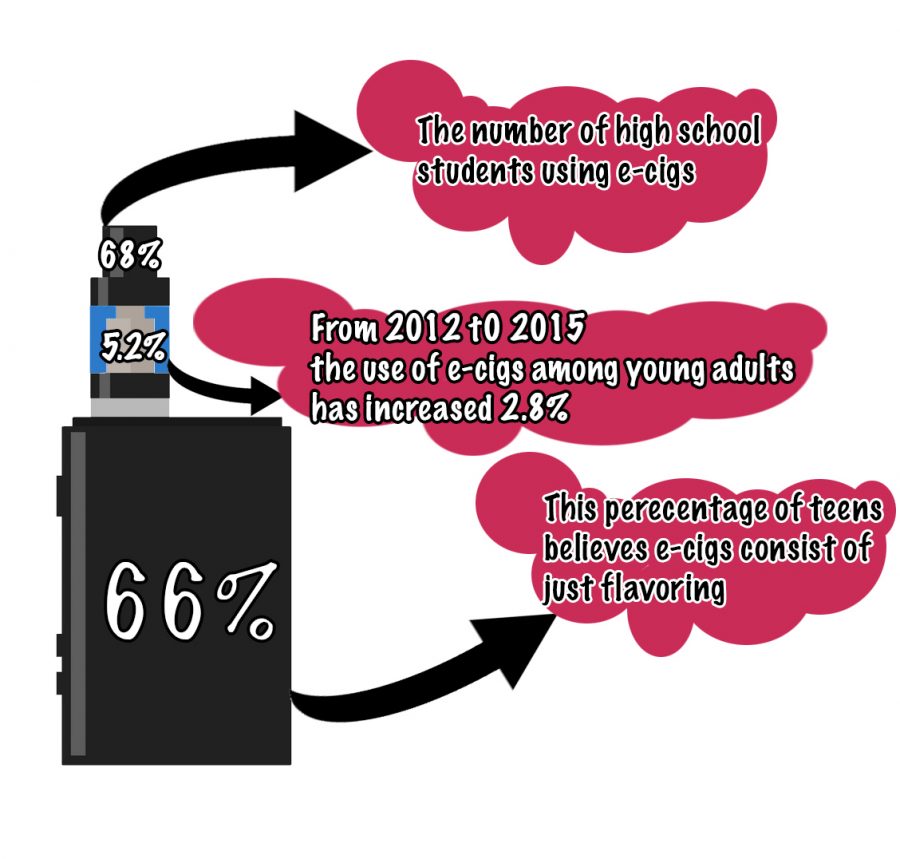 Electronic cigarettes should be banned from the De Anza College campus. Students should start a petition to ban the use of any form of tobacco on campus for the betterment of students’ health.

Nothing good happens to one’s body by inhaling a vapor created by an e-cigarette. It contains a vaporized form of nicotine, which is much stronger than traditional cigarettes. It does more harm than the feeling of excitement or addiction it gives after consumption.

Buying traditional cigarettes is considered old fashioned nowadays. E-cigarettes are the cool new product for generating vapor but both create the same ill effect on the lungs.

De Anza has a dedicated area for students to smoke, which is busy all day long. People do not realize that it is not only harming the students engaged in this act, but also passerby’s such as students and faculty, making them a victim of passive vaping.

Vaping is a major health crisis, and even though it may result in sales going down or shutting shops, it is an issue that has to be dealt with immediately.

Primarily aimed at teenagers, vaping is illegal for those under 21 as per California law. Young adults might argue that that it is not dangerous for them since it does not generate smoke.

I personally would never endorse vaping on campus. My suggestions for our campus would be the need for more educational workshops on this issue and offering frequent health checkups for students vaping on campus. This would give them an analysis of their health chart so they could possibly consider quitting e-cigarettes.

As a student, it is our duty to educate the population on campus exposed to vaping about the long term health and wellness issues associated with it. We may not succeed in convincing all of them but we can surely bring about change in some.

Banning e-cigarettes on campus must be done sooner than later.