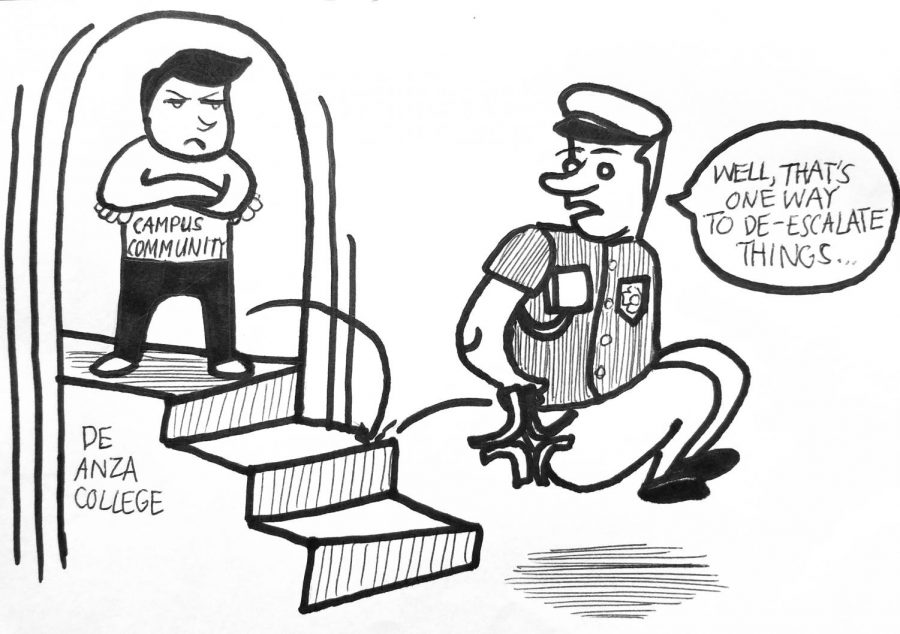 Police presence is not necessary, and the police should not be called in non life-threatening situations.

According to a story in the Mercury News, the First Congregational Church of Oakland is vowing not to call the police during resolvable confrontations with homeless or mentally handicapped individuals in order to avoid uncalled-for violence.

At De Anza College, philosophy professor Cynthia Kaufman, recently hosted a discussion about the book “The End of Policing” by Alex S. Vitale.

She said she is worried about how officers handle people with mental problem, and sshe wants to encourage students to formulate their own opinions on policing.

“To a hammer, everything looks like a nail,” she said.

Police are not well-equipped to respond appropriately in matters of moderate concern. With the police’s lack of context in handling casual disputes, further escalation is possible, if not likely.

Another reason to de-police is the racism on many police force. In a widely reported incident, someone called the police on two African-American men waiting at a Starbucks. The incident inspired the Oakland church to adopt its de-policing policy, according to the Mercury-News.

We have seen too many incidents end in tragedy.

Despite the relatable desire to call the authorities and ensure your safety and security, you should not trust the police to resolve issues that could escalate racial tensions and violence.