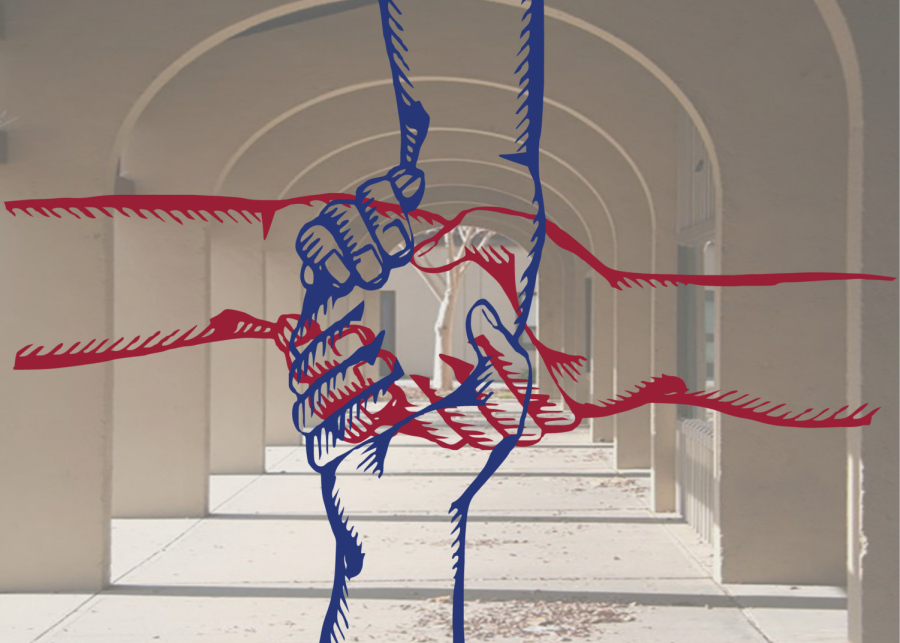 After carrying out a work-to-contract action in order to advocate for a pay raise, the Foothill-De Anza Faculty Association and the community college district have reached an agreement to increase faculty salaries retroactively for 2021-2022 and onwards for 2022-2023.

The action followed a salary proposal for 2022-2023 that the Faculty Association (FA), an independent union representing more than 450 full-time and 850 part-time faculty, communicated to the district in August 2021, emphasizing the need to adjust salaries given inflation and cost of living. After months of negotiation, the District and Board of Trustees initially did not offer any salary adjustment.

After a negotiation session with the FA on April 28, the district agreed to increase part-time and summer salaries, and make permanent a 2.5% yearly payment that was first paid out in 2020. In addition, all faculty salaries will include the entire state COLA of 5.07% from July 2021, and salaries for 2022 will also include whatever the final 2022-2023 state COLA is, less 1%.

In a district-wide letter sent to faculty on Wednesday April 20, the FA requested all faculty to “withdraw from all non-compensated activities and thereby emphasizing the extent to which faculty work is significant and necessary to the health of the District and its students.” Working to contract advocates that faculty should stop advising activities, stop holding additional office hours, and not agree to any additional assignments or non-required meetings.

With the National Inflation Index at 8.5%, Foothill-De Anza faculty were asking for a pay increase that would reflect the state’s Cost of Living Adjustments (COLAs) for 2021-2022 and 2022-2023, which are a combined 10.4% to cover inflation.

According to FA president Tim Shively, it wasn’t until November 2021 that the district responded to the union’s proposal.

“It took them three months for them to say that they will offer us nothing,” Shively said. “They ignored us.”

At a meeting on April 20, FA’s Executive Council voted unanimously to approve the work-to-contract initiative.

Chancellor Judy Miner and Patrick Ahrens, president of the district board of trustees, said in a joint email to La Voz that while it appears the two sides are at an impasse, that they share the faculty’s aims.

“We have heard from union leaders as well as individual members about the need to increase compensation given the high cost of living in the region, rising inflation, and increased salary competition from surrounding districts,” they said in a joint statement. “We agree that the district needs to compensate faculty and staff fairly while ensuring that Foothill-De Anza can continue to fund education programs and services at appropriate levels with the state funding that is available.”

The most recent work-to-contract job action lasted four days, which is the shortest one in the history of the district — demonstrating that the collective action of working to contract highlights the important extra work that faculty do because they care about the institution.

Donna Frankel, a part-time dance instructor at Foothill College and a member of the FA’s executive council, voted in favor of work-to-contract.

“I have been through four of these, and these things work,” Frankel said. “We can’t settle for zero.”