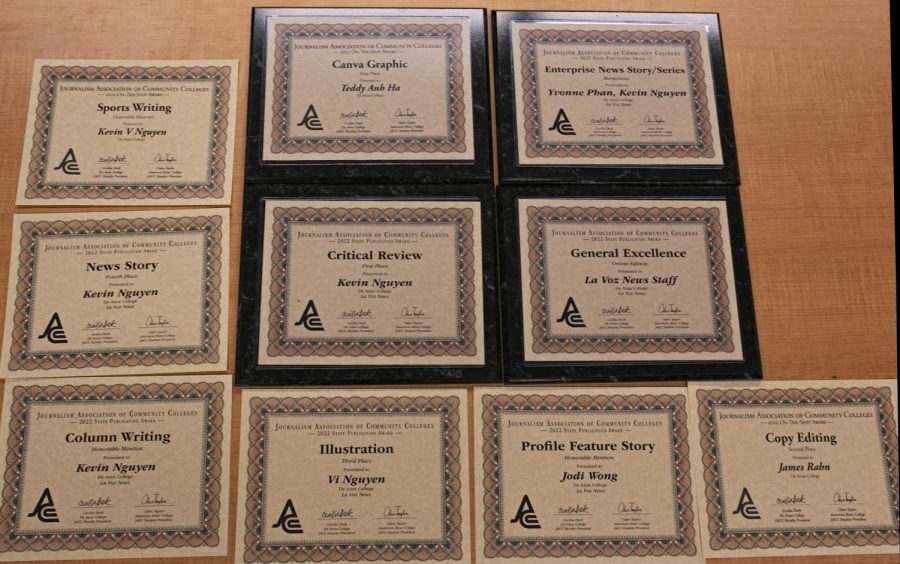 De Anza journalism students were awarded for their work on La Voz News in 2021, and for live contests held at a live college journalism conference in Long Beach from March 3-5.

La Voz was awarded “General Excellence” for its website, lavozdeanza.com, an award that is graded according to a specific list of criteria for student news sites.

Students came home with the following awards from the live contests conducted with tight deadlines:

First place, critical review, for a review of “No Time To Die.”
Meritorious (not ranked), enterprise news reporting (with Yvonne Phan), for community stories about The Oaks and Vallco Mall in Cupertino.
Fourth place, news story, for reporting about the removal of Thuy Nguyen as president of Foothill College.
Honorable mention, column writing.