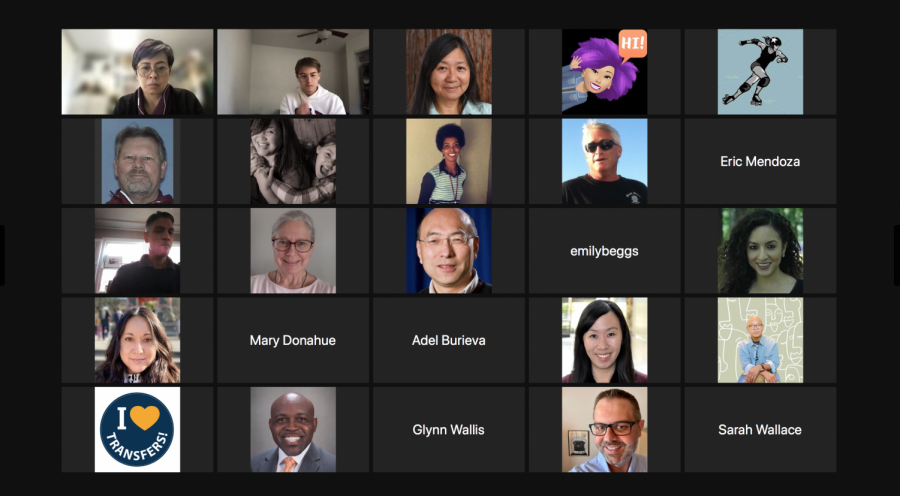 The De Anza Academic Senate met Monday to address affordable housing and continue developing their goals for the year.

Senate president Cheryl Jaeger Balm asked members to revise and contribute to an existing list of goals the senate aims to achieve by the end of the semester or the end of the year.

“What we’re trying to do is think of goals instead of just being a reactionary body people bring issues to,” Balm said. “While we want to continue doing that, it would be nice to have our own goals that we care about so that when we look back on it, it feels more satisfying.”

Cecilia Hui, a senate member in the division of academic services and learning resources, raised a concern about a proposed measure asking students to donate canned food in exchange for renting textbooks.

“I hope we can modify it to make a better plan for students,” Hui said. “I don’t think we should take money from them, because they could have used that money to buy dinner. I wonder if that’s more of a bookstore function than a library function.”

“In the past three weeks, things have gotten really exciting because we have identified a possible project at the Vallco Mall,” Reed said. “The other thing that’s happened is the governor signed a bill for affordable housing across the state for college students, which includes community colleges, UCs and CSUs.”

Mary Donahue, a faculty association representative on the senate, agreed with the idea of setting up low-income housing in the long-term, but also emphasized the need to make small improvements.

“We’ve got students who are living in cars and on a different couch, every day and every night,” she said. “Even if they’re not going to get a rental from us, we could have a really decent laundromat with Wi-Fi capability and some desks in it.”

The academic senate is set to meet next Monday to hold a group discussion and further finalize their action items for this school year.