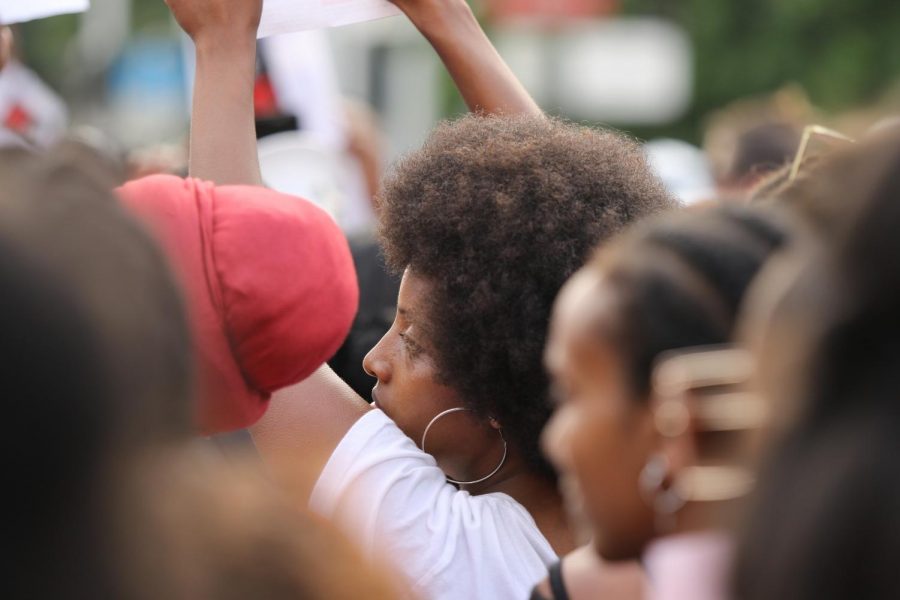 The Community College Chancellor’s Office hosted a call to action webinar against structural racism this morning, where 12 community college leaders spoke in turn about their experiences with racism and how they plan to commit themselves to make changes within the community college system.

The webinar follows the outrage over the murder of George Floyd by police officers in Minneapolis, which led to protests across the country promoting the Black Lives Matter movement.

“I’ve already gotten a few emails from folks who saw the invitation, emails from trustees in the far north, individuals throughout the state who rolled their eyes, said things like ‘Are you kidding me?’ No, I’m not kidding. We’re not kidding you anymore,” he said.

He then gave context to the actions taken against racism within the CCC district, beginning with passing Prop 209 in 1996, which prohibited California governmental institutions from discrimination on the basis of race sex or ethnicity, to the creation of the Diversity, Equity and Inclusion task force in the CCC district in 2019.

Daisy Gonzales, California Community College deputy chancellor, facilitated the conversation and introduced community leaders throughout California to speak about their encounters with race and racism.

The speakers focused on their experiences with racism as people of color, as well how white allies can support people of color and help to dismantle racism.

Edward Bush, president of Cosumnes River College, said that after watching the video of George Floyd’s murder, he could not sleep for the rest of the night and his stomach became unsettled.

“I have yet to fully process how I internalize the repetitive trauma of seeing black bodies dead in the street,” said Bush. “My fear is that I would be desensitized, that it would take a psychological toll on something that should continually be an outrage to me and an outrage to us all.”

Abdulmalik Buul, counseling transfer center director of San Diego City College, spoke about an incident just two days ago of harassment outside of his farming complex with his two-year-old daughter.  He said a white supremacist in a “Blue Lives Matter” hat was taking pictures of him and his daughter.

When people began to gather, he said they wanted to call the cops.

“I thought of the cops coming in and assuming my blackness is criminal and the trauma of that interaction for my daughter was unimaginable,” Buul said.

Bryan Daley, a student, and former trustee of City College of San Francisco, said the Board of Trustees heard comments about lynching the board due to budget cuts. He was one of three black trustees at the time.

The discussion then moved into broader conversations about acts of racism throughout the country, specifically regarding police brutality and civilian violence against black people.

Regina Stanback-Stroud, chancellor of the Peralta Community College District, said that before the pandemic racism was the prominent epidemic. She listed specific instances that have led to violence or the threat of violence against black people such as napping, bird watching, using too many coupons, selling lemonade, selling a single cigarette, renting an Airbnb and walking home with skittles.

“The value of your comfort is not more important than the value of black lives,” she said.

Frank Chong, president of Santa Rosa Community College, said he had never had a conversation like this in his 28 years, noting the increase in racism towards Asians.

“As part of Asian Pacific American in Higher Ed, we were formed in 1988 to fight structural racism,” he said. “And we will stand with our black, brown, yellow brothers and sisters, LGBTQ and all marginalized groups.”

Many of the speakers talked about the role of the community college system in helping to enact change and steps that needed to be made to ensure those steps are accomplished.

“As educators we have the privilege of educating the human mind,” Buul said.

Multiple speakers recommended reading the book “How to be an Antiracist” by Ibram X. Kendi to better educate oneself on how to fight systemic racism, and being patient with those who are processing the events of the past week.

“As the chancellor of Peralta Community College District, it took four days for me to process it enough to make a statement to the district and I knew right away that there was an expectation that I would make a statement, but I can tell you it was incapacitating to contemplate,” said Stanback-Stroud.

Gonzales said in order to promote equity among the students and staff with the CCC district, there must be an opportunity for open discussion about difficult and often uncomfortable topics.