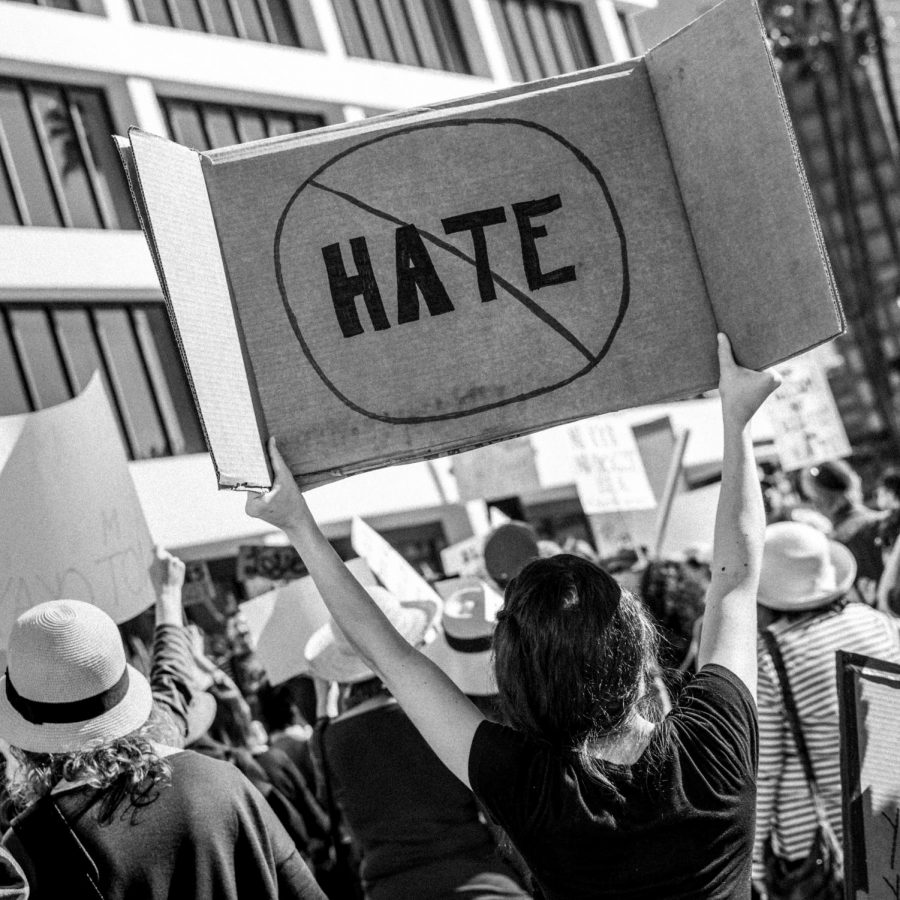 Protester in Los Angeles in 2017

The Foothill-De Anza Board of Trustees unanimously voted to pass a resolution denouncing xenophobia targeted toward Asian-Americans in the COVID-19 pandemic.

This resolution follows San Francisco State’s decision to launch an online report center for targeted attacks and harassment against Asian-Americans in the U.S. The report center has received over 1,500 reports of harassment since April 23, with at least 63 of those reports in the Bay Area, according to the Mercury News.

In Santa Clara County alone, Asian people have been the largest racial group since 2014, and currently makeup nearly 38% of the county’s population, according to the resolution.

Karen Chow, English instructor, said she was pleased with the passing of the resolution.

“I had been not only seeing the news of all the very alarming attacks and anti-Asian sentiments but also had unfortunately experienced a hostile incident myself and I was thinking of our students and thinking of our community,” she said. “I could not be more grateful for your responding so quickly.”

According to the resolution, the board is committed to providing a safe environment for Asian-American students, employees and community members, devoid of harassment and hate crimes based on race.

Gilbert Wong, board trustee, said that if a student or a community member sees a xenophobic act committed, they should take action against it and not be a bystander.

“We can’t just sit there and be idle and not say anything,” he said.

The board also unanimously passed a resolution to support Deferred Action for Childhood Arrival students, in light of the upcoming Supreme Court decision regarding whether the Trump administration can legally terminate DACA.

In the past, the board has passed resolutions reaffirming a commitment to support DACA students and its programs.

Wong said he believes that this should be a bipartisan issue, for students, as well as the community.

“I am very happy that the board brought this resolution to us every year,” said Wong. “I think it’s very important to hear about DACA, about those students who are caught in between.”