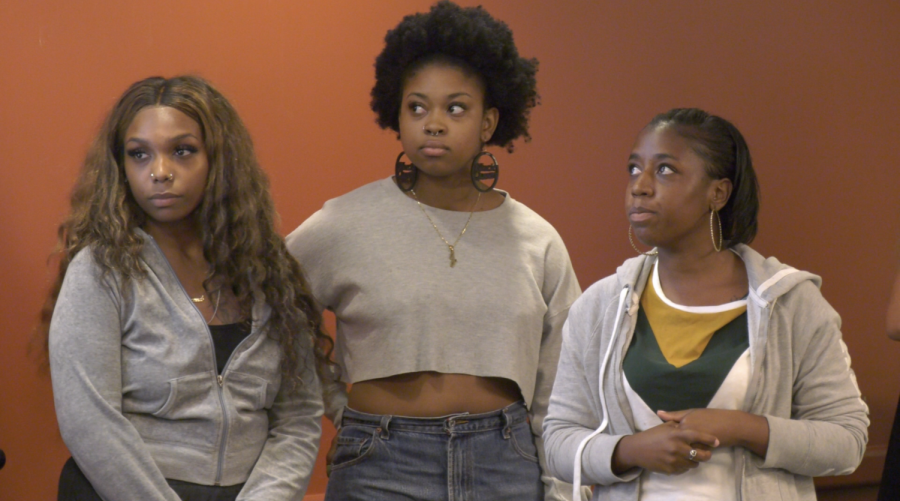 Student representatives from Umoja present to the senate at the Oct. 3 meeting, about an upcoming conference.

DASB senate approved a $5,000 expenditure for Umoja, a college success program for African-American students, at their Wednesday, Oct. 3 meeting.

Following a 55-minute presentation by student representatives from Umoja, senate members voted 12-0 with four abstentions to approve the funds for students to attend their Southern California conference.

The approval consumed over 25 percent of the Special Allocations Fund allotted for the upcoming year, leaving only $13,275 remaining for the rest of the academic year.

With the money they received, Umoja Program Counselor and Coordinator Kassie Phillips said at the meeting that about seven to eight students would be able to attend the conference.

Umoja’s conference funding has been approved every year since 2016, according to DASB Fund 41 documents.

The senate voted to endorse John Cordes in his run for a Sunnyvale City Council seat over Mason Fong, who is also running.

An elections committee was also formed. The committee is responsible for coordinating the upcoming midterm elections.

The meeting was the first with Carolyn Nguyen as DASB President. Nguyen stepped into the role after former president Khaled Haq was removed from office prior to the start of fall quarter, according to comments made by Nguyen. With her filling the president vacancy, Raynard Darmadi was confirmed to fill her previous role as Executive Vice President.