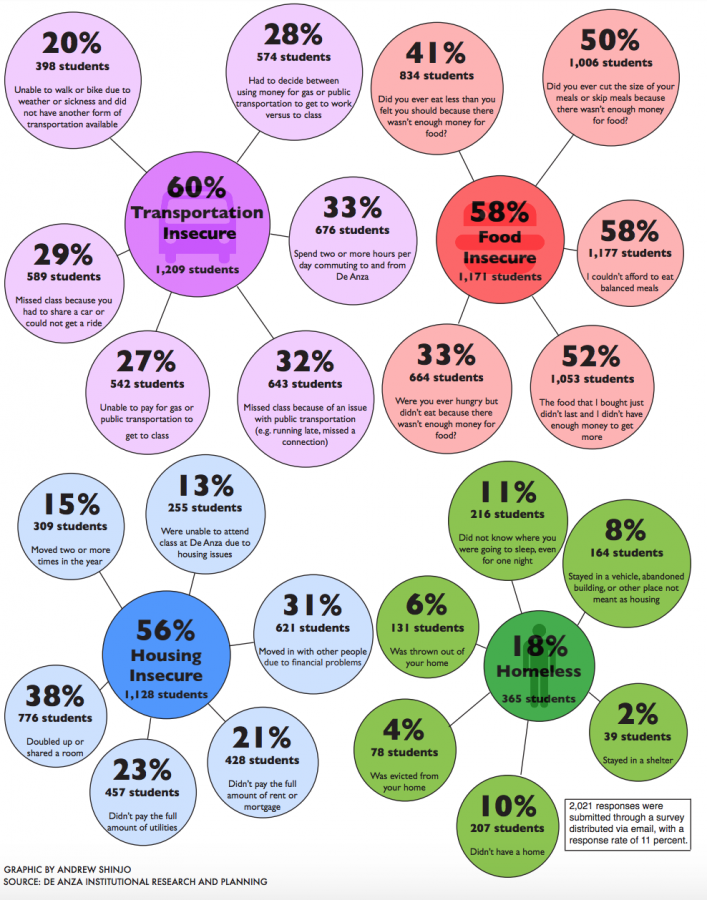 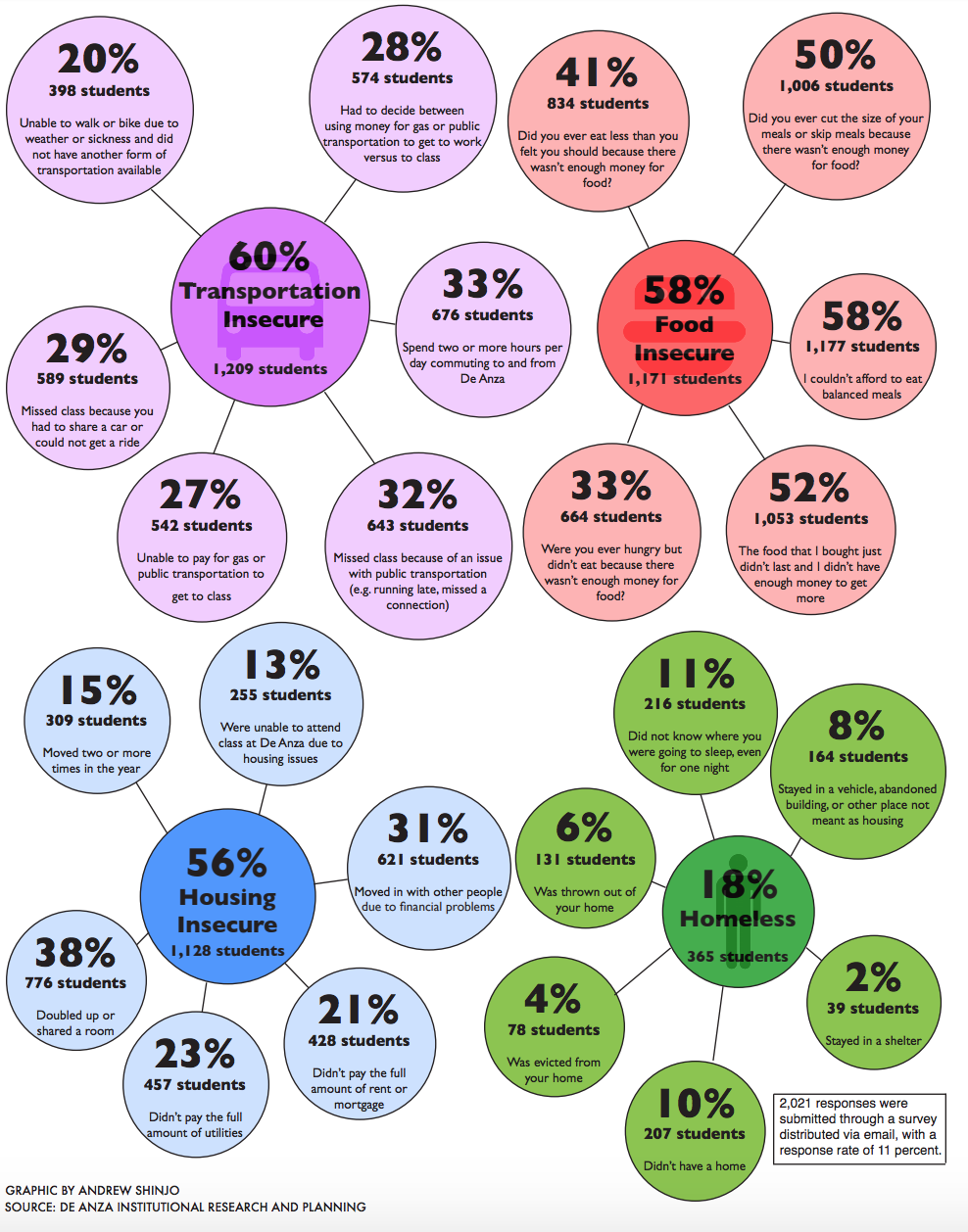 Food insecurity rate was comparable to the national rate.

The survey was modified from a similar study done by the Wisconsin HOPE Lab at the University of Wisconsin-Madison.

It was distributed via email on May 10, remained open for two weeks and received an 11 percent response rate, according to the study.

De Anza students can expect to partake in another survey during the fourth week of the fall quarter, according to research analyst, Ola Sabawi.

Sabawi said the survey “hopes to provide as accurate picture through our data to better inform the decision making that, we [Office of Institutional Research and Planning] are not involved with.”

The Office of Institutional Planning and Research is planning to present the survey results at the next classified senate and academic senate meetings, according to Sabawi.