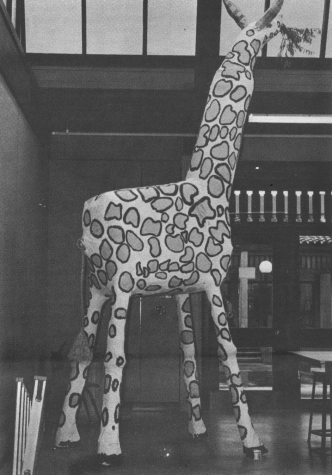 Industrious art students make a giraffe for the nursery, but it’s too big. They plan to make more animals that will fit through the door (Feb. 2, 1968). 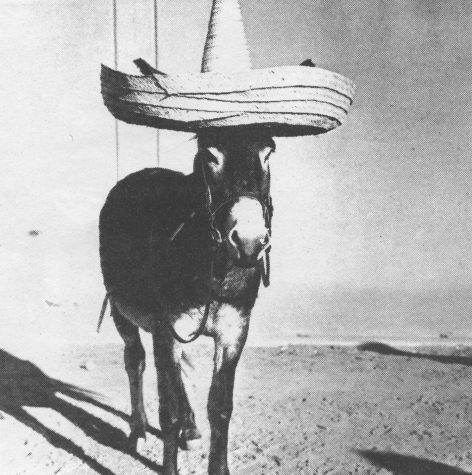 Rosalinda is chosen as the Dons’ mascot because she represents the Spanish heritage of this area. Her name is given to her in a contest. She is expected to make an appearance at all football games (Nov. 8, 1968). 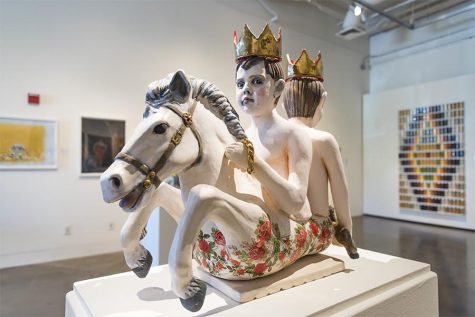 “My Direction” by Kimberly Cook is a slightly eerie yet remarkably beautiful ceramic sculpture on display at the Euphrat Museum (Oct. 15, 2016).

1959 – Site of the future De Anza College. A quiet orchard, Le Petit Trianon, guest cottages, a swimming pool. De Anza opens in 1967. Today’s Sunken Garden and fountain have replaced the pool, and the library (which began construction in 1968) is where the pool house was. 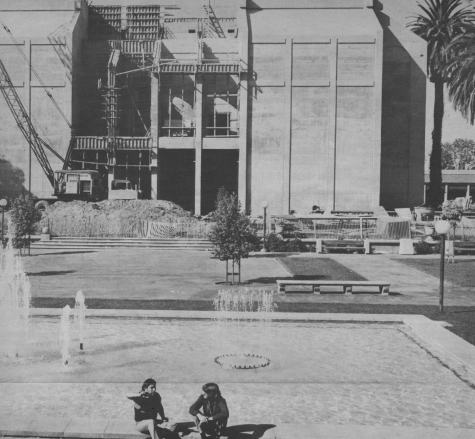 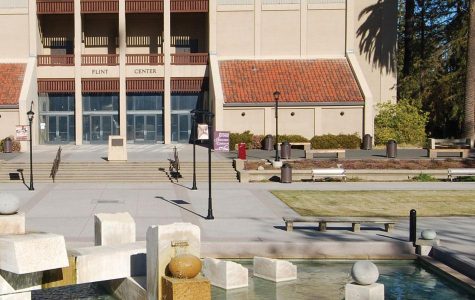 2015 – The future of the Flint Center is debated; the fountain in the Sunken Garden is filled with water.