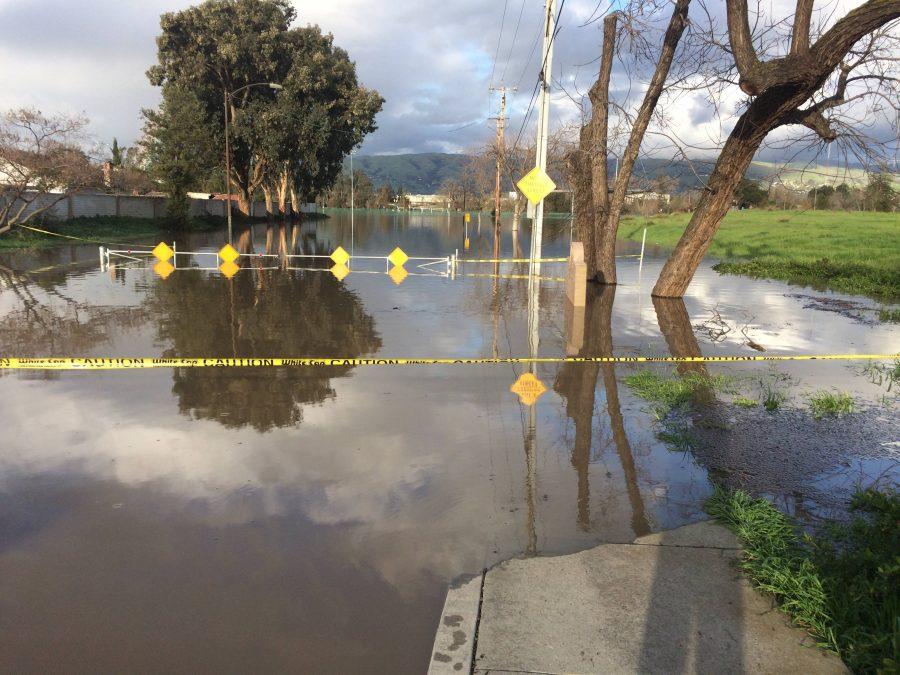 De Anza students and employees have rallied around the professor to help him get back on his feet and deal with the situation.

“I have received plenty of help from my friends,” says Miskin. The community has offered financial and emotional support to Miskin and other victims. A former De Anza nursing student started an online Go Fund Me fundraiser on Feb 23, and De Anza students and faculty were able to raise $5,915 for Miskin by Thursday, March 16th.

Miskin was warned by his neighbors about the possibility of a flood and went home from De Anza College at 3:30 p.m. to check his house for signs of flooding. Miskin said the people from the water district told him not to worry, and that the creek would not flood.

“The water district miscalculated the current capacity of the coyote creek water bed,” Miskin said. “They did not evacuate anybody or send a warning.”

He returned to the college, and 90 minutes later received a picture from his neighbours showing his house completely flooded. General mandatory evacuation of residents in the area was not announced until 15 minutes after midnight.

Miskin said the flood was “the result of poor management of water resources.”

Miskin lost all of his possessions in contact with the contaminated water, and even contracted an undiagnosed skin condition. “I had to go in to rescue my dogs, and the water was contaminated,” he said. “It’s a continuous itching, and they’re really not sure how to treat, or what to treat, at this point.”

The house has been “yellow tagged,” meaning that Miskin is allowed to enter the house temporarily to retrieve items affected by the water, but is not allowed to stay in the house for any extended period of time, due to the toxic conditions caused by the flood. Insurance contractors estimated the cost of the damages ranged from $180,000 to $450,000.

The professor is now homeless. He, his husband and his dogs are staying with friends for the time being.

The mayor and city council have raised and distributed money through Sacred Heart to help flood victims, and acknowledged fault for the lack of warning for the flood. The general consensus of the council, the victims and various news sources are that the Water District is to blame for the poor response.

Miskin, however, is calling for further action to be taken by the authorities. “They admitted that they failed us, but there was no discussions of resignations or sacking,” he said.

Miskin said the parcel tax paid by San Jose taxpayers for 17 years in order to fund the maintenance of Coyote Creek has never been spent on the creek. “I haven’t heard any discussion about misappropriation of the funds,” he said. “There has to be a discussion as to why the money put aside for coyote creek was never used.”

Miskin also criticized the technology sector of San Jose, which has not spoken up about the floods or offered financial help to victims, despite the companies and their proximity to the flooded area.

“We have some of the richest companies in the world: Google, Facebook, Cisco, Adobe. Not a single penny!” he said. “Google or Facebook could easily give us $100 million and wouldn’t even notice, but I guess giving money to people in need does not give them a lot of exposure.”