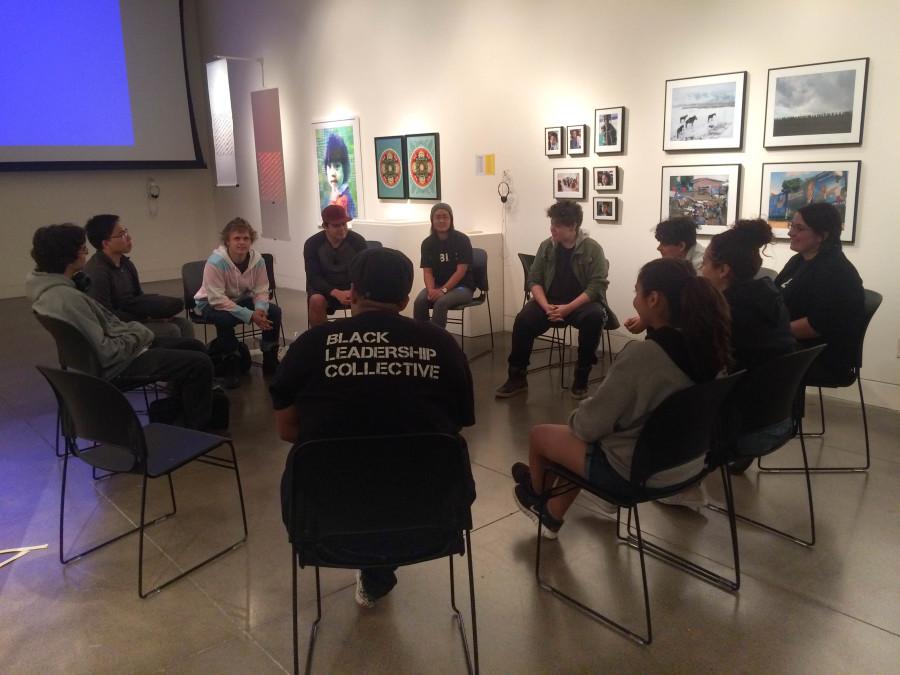 De Anza students saw the Lacey Schwartz’s  film “Little White Lie” and had a discussion about race and identity issues during the Third Film Festival on Oct. 15 at Euphrat Museum.

Members of the Black Leadership Collective chose the film, discussion questions and overall theme for the festival.

“This is all the students work,” said Julie Lewis, Department Chair of African American Studies, advisor to the Black Leadership Collective, and coordinator for the festival.

The framework for the festival correlated with the Euphrat museum’s ongoing exhibition “Endangered” which also touches on social justice issues.

“Some of the themes that they’ll be talking about is identity, what does it mean to be of a particular identity, who makes those rules, in particular around race, which is a socially constructed concept yet has very real world and lasting implications,” Lewis said before the event.

The film “Little White Lie” brings up the question of identity. It tells Lacey Schwartz’s story. For the her whole life, Schwartz believed  that she was white and then found out that she was half-black.

“I come from a long line of New York Jews,” Schwartz said in the beginning of the film. “My family knew who they were, and they defined who I was.”

Schwartz believed that she got her dark skin color from her Sicilian great-grandfather. In college she realized that she was not fully white, and that her family hid something from her.

“I was already questioning my whiteness because of what other people said, and because I was aware that I looked different from my family,” Schwartz said.

She confronted her mother about her true lineage and found out that her biological father was African-American with whom her mother had an extramarital affair.

“Biological race trumps cultural race,” Schwartz told the New York Times. “Race is something we’re really invested in validating or comprehending. It’s about how we understand race as a marker of difference, something that a story about ancestry can’t resolve.”

After the film, attending students talked about it and its connection to the issues they face in the real world.

“It was a really good film,” said Devin, 21, Africana studies major. “It was interesting to see that narrative play out, essentially having to figure out what your identity is and going through that.”

The Black Leadership Collective has organized similar events that  have focused other issues like high incarceration rates and police violence.

“Having a safe place where you can talk about these issues that can be controversial in different spaces is nice,” Devin said.

“The films are something (that) brings a lot of insight to issues, so I think it would really be useful just having people come and get that insight, to learn about different experiences and just shape their world view” said Paul Ataie Kombeze, 22, a political science major.

The Third Thursday Film Festival will have their next showing at The Euphrat Museum on Nov. 19.

It will feature “Pay It No Mind,” a film about the activist and transgender woman Marsha P. Johnson, one of the leading activists of the Stonewall Riots.

Transgender Day of Remembrance is on Nov. 20. Lewis said that students wanted to “call attention to the current murders that are happening to Transgender women of color, in particular Transgender black women.”

“They also wanted to focus on this extremely marginalized group as an endangered voice” added Lewis.