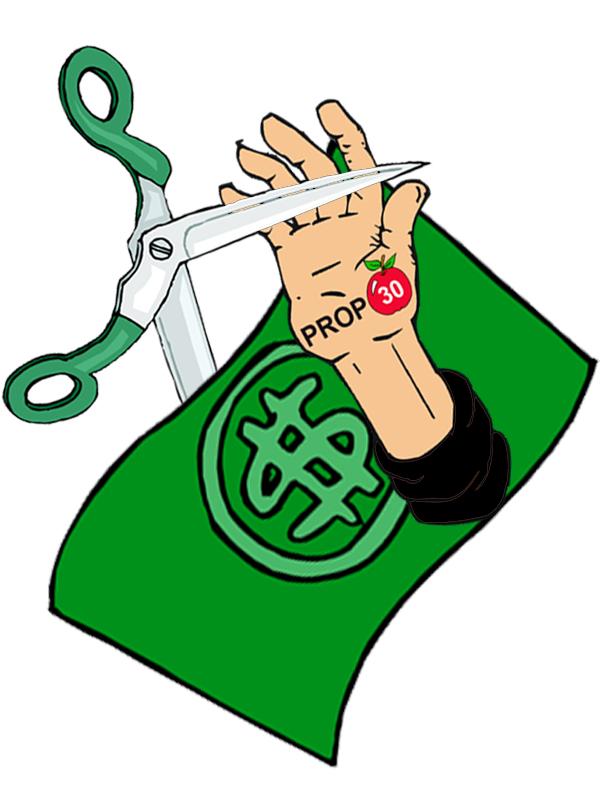 But Foothill College suffered a 2 percent drop in enrollment from January 2012. Foothill did not offer additional sections.

Gov. Jerry Brown proposed community college funding to be increased by $16.9 million, specifically for courses in high demand areas. He said he expects the continued increase of course offerings will help improve students’ outcome as well as raise enrollment.

Because Proposition 30  passed in the November election, the Foothill-De Anza district avoided worst-case scenario budget cuts of $11.9 million. The FHDA budget cut decreased to $5.7 million, delaying position cuts until June 30 of this year.

The cuts will include 93 positions and will put 28 people out of employment, said Becky Bartindale, district coordinator of communications and public affairs.

“The number of eliminated positions will be significantly fewer than originally planned thanks to the passage of Proposition 30,” wrote De Anza College President Brian Murphy in a winter quarter greeting letter to faculty and staff on Jan. 11.

District Chancellor Linda Thor raised concerns about the number of layoffs and the continuing ability to maintain effective operations.

“Growing our enrollment is one of the most important steps we can take to regain budget stability,” Thor said. Colleges must focus plans for recruiting students, but also maintaining students, she said.

On March 4, the district Board of Trustees will review the list of positions up for removal.Deadlines and budget cuts are still putting funding in danger, said Thor.

De Anza must reach an enrollment target of 16,427 full-time equivalent students or lose $5 million in revenues by the end of 2014, said vice president for instruction Christina Espinosa-Pieb.