A Misplaced Genius: The Drab Disappointment of “A Day in a Yellow Beat2 min read 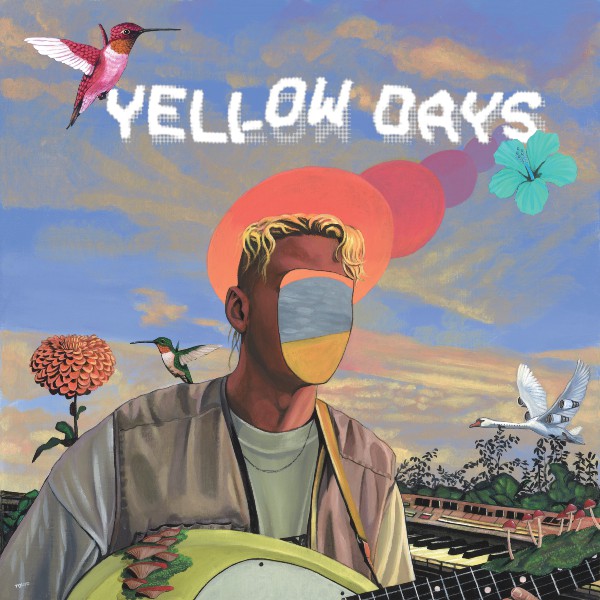 The music lifts and drags in “A Day in a Yellow Beat,” a new 23-song album by Yellow Days. In one hour and 20 minutes, Yellow Days showcases his compositional talent, unfortunately dashed by his throaty vocals.

The music is rugged and experimental, a blend of soul and R&B. His voice, strained and pitched with platitudes, pushes the listener away, while the psychedelic beats attempt to draw the listener back — with varying success.

This success is determined by the length of his singing. In too many songs, Yellow Days stretches and strains his vocals into a fretful mess, singing of cliches, like “Be free” and “Let’s be good to each other.”

When he amplifies his voice, his throat acts as that of a smoker, frustrating the song. It accomplishes the most when it’s muted, subdued to soft speech.

“Who’s There?” is the least frustrated, dimming the whine in Yellow Days’ voice with jazz-like jumps and soft singing. The funky overlay of synth music brightens the song, as does the scatting of featured artist, Shirley Jones.

Yellow Days achieves much in using others’ vocals to submerge his own, remastering their vocals with bouncy beats. The calm coffeehouse music in “!” leavens the assertive rap of Bishop Nehru, trumpeting Yellow Days’s true talent: creating soundscapes.

These soundscapes are exquisite. Yellow Days blends electric indie pop and dollops on traditional instruments (piano, drums, trumpets, and so on), meshing into a circus of sound.

Of course, this is not a unique skill — many indie pop musicians mimic this fluid music. But Yellow Days is one of the most extravagant, frothing with creativity.

Although there is something revolutionary in Yellow Days’ kaleidoscopic style, his stringy singing scrambles it. So does the overloaded messaging of self-love and kindness — much like the commercialist pop he claims to avoid.

The album reminds one of misplaced talent, a person’s neglected genius and protracted mediocrity. Yellow Days excels in composition, but lacks in vocals, resulting in a mediocre  listener experience.

Despite its faults, this album is worth a listen. I only recommend it with a condition — the real beauty lies half-covered, underneath the singing.