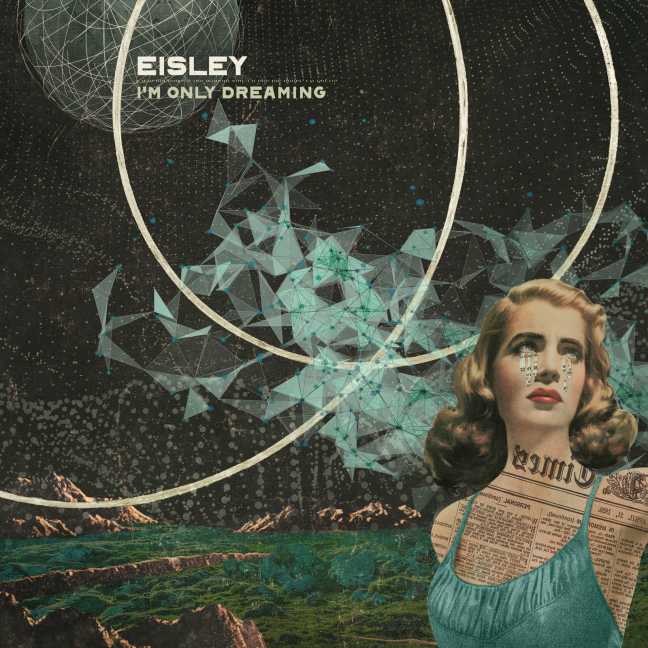 With Sherri DuPree taking on most of the writing for this album and transitioning into the band’s lead vocalist, the album becomes a stronger representation of a united Eisley than before, bobbing between the three singer-songwriter perspectives of each DuPree sister. This is the band’s first album after guitarist Chantelle D’Agnostino, and previous co-frontwoman and keyboardist, Stacy King, stepped down to pursue other ventures.

“I’m Only Dreaming” features guest vocals from Anthony Green of Saosin and Circa Survive, as well as Max Bemis of Say Anything, husband to Sherri DuPree. Produced by Will Yip, the album takes on a cleaner version of the Eisley that we have come to know over the years. While drawing on ’90s dream-pop and indie acts like the Cranberries and Sunny Day Real Estate, Eisley pushes emotion to the forefront with their lyrics.

DuPree steps to the forefront in their single “Louder Than A Lion,” a notably darker song on the album where her ethereal vocals soar above disjointed guitar rifts. Written as a lullaby to her two daughters, while also highlighting her own battle with sleep anxiety, DuPree wanted “them to know they could always sleep tight because I’d always be awake, watching over them, keeping the darkness away.”

Slowing down the tempo in “Snowfall,” DuPree sings on trying to keep a hold on fading love. Conversely, closing track “Brightest Fire,” touches on a love that brightens up the ordinary.

Eisley is currently touring in promotion of the album with supporting acts Civilian and Backwards Dancer. Catch them on March 25 in San Francisco at Bottom Of The Hill.