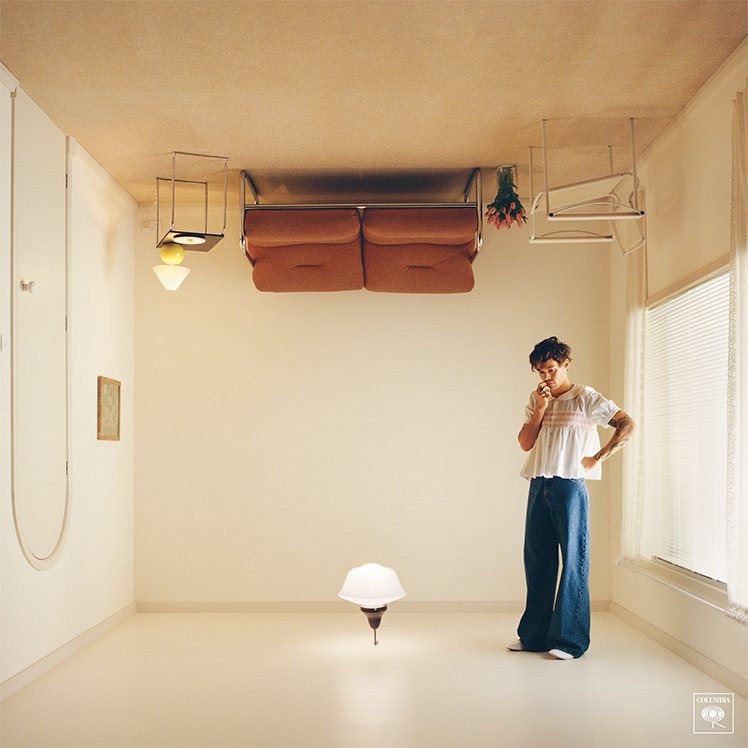 Grammy award-winning singer-songwriter Harry Styles released his introspective and charming third studio album “Harry’s House” on May 20, packed with 13 songs each as outstanding as the last.

Styles had been working on this album for close to three years now, and with his previous album’s success with fans and the public alike, this new album has been highly anticipated by people across the globe.

With a cohesive sound and relatable themes such as casual affairs, unrequited love and painful heartbreak, the album has successfully lived up to the hype.

A standout song upon the first listen, “Late Night Talking”, is a playful song about a hookup turned into something more. With a cheerful vibe and sweet lyrics, Styles manages to capture the feeling of pure giddiness at the beginning of a relationship.

The happy feeling, unfortunately, does not last as the album transitions into “Daylight,” another upbeat song now with melancholy lyrics. It is here where it is revealed that the nature of the relationship has not changed to something more serious, much to the disappointment of Styles.

During the chorus of “Daylight,” Styles sings, “If I was a bluebird I would fly to you. You’d be the spoon, dip you in honey so I could be sticking to ya.”

Both of these songs have been personal favorites because of their addictive beats coupled with the singer’s smooth vocals.

Having been a solo artist for over seven years now, Styles claims ‌he has created his favorite album of his career.

Upon listening to the album for the first time, it hit instantly how this album embodies who Harry Styles is and the type of music he has always strived to make.

With influences from artists like Fleetwood Mac, Styles tends to go for music that is reminiscent of older times, and he achieved that with his single “As It Was”.

“As It Was” is the most energetic song on the album but contains the most somber vocals. With heavy usage of synthesizers, the song feels straight out of the 80s.

Another groovy track is “Daydreaming” where Styles wants to hold on to the feeling a person gives them. This is one of the few songs where the singer uses his voice to create a more dynamic sound, making it great to dance or drive to.

“Keep Driving”, as the name suggests, is a hypnotic song to drive to, as it is more mellow. Styles uses a scramble of words to paint a picture of happy and sad memories in order to ignore the ending of a relationship.

To round up this love sick album, “Satellite” is another retro sounding song where Styles describes longing for someone he is no longer with.

This song has an intriguing message since it is obvious that Styles wants the person to miss him just as much as he misses them. He plays into the idea that he is just a “Satellite” orbiting this person who barely notices him.

Styles has previously written two albums full of songs about passionate affairs, and this album is no exception. Styles has a talent for capturing the feelings of love and loss in a way that never seems cliche, making “Harry’s House” a perfect addition to his discography.