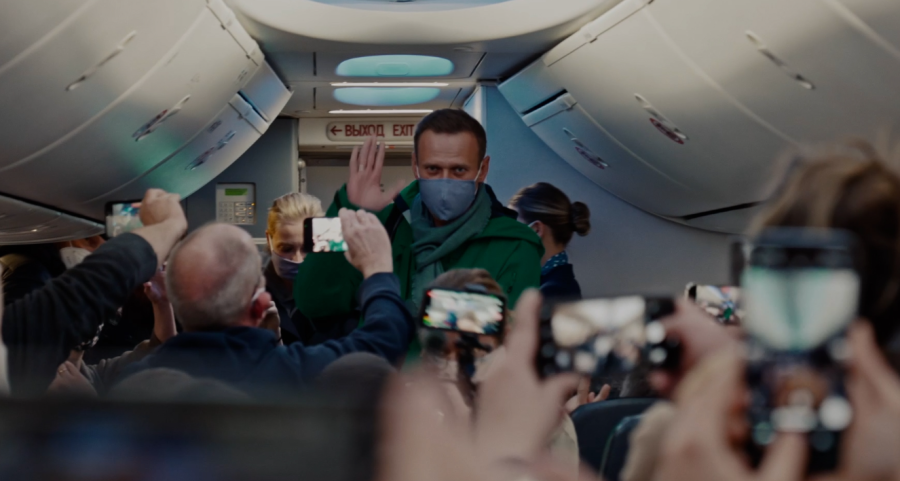 You will never feel comfortable in your underwear again after watching HBO’s new documentary “Navalny,” a tense and jaw-dropping examination of a formidable Russian opposition leader.

“Navalny,” a documentary produced by Daniel Roher, follows Russian presidential candidate Alexei Navalny, who found his origins as a father, lawyer, and even a YouTuber before rising as an intimidating opposition leader against Putin.

Although this seems minor, we quickly recognize the significant influence he has built up over the Russian people. Leading protests with hundreds of thousands of volunteers, gaining views from over half the population of Russia, and even being a name Putin fears to say aloud.

Yet as we watch his growth and cheer alongside him, we also watch Navalny’s life almost end from an attempted poisoning.

While many might have heard about Navalny in the past, especially regarding the assassination attempt against him, the inspiration he provides in this documentary is truly incredible. He effortlessly brings humor and laughs throughout the documentary and even eases nerves throughout incredibly intense moments.

Whether playing video games, making Tik Toks, making light jokes, or even making YouTube videos, this documentary reminds you of how human someone in a highly influential position is. This film reminds and inspires people of how capable we are, even if it’s to the most prominent opposition to one of the world’s scariest figures.

Navalny himself may be able to provide some comedic relief, the documentary staunchly reminds the audience of the rigorous spying and observation the Kremlin enacted against Navalny in an attempt to stifle his growth — and eventually, his life. It is a haunting reminder of how easy it is to track people, regardless of your background and the precautions you may take.

This film was released during the attack on Ukraine, creating further public scrutiny towards Putin and shedding light on the need for someone like Navalny in power instead.

The only low point in this film was the lack of extensive context about Russia before Navalny’s rise. As a young person watching from the United States, I do not know as much about Russia or Putin as I would like to know. Yet I am aware of the fear Putin provokes in many, especially with his invasion of Ukraine.

Through the strength of the Russian people who continuously protest against the Russian government alongside Navalny, who is not afraid to continue fighting, “Navalny” is a powerful reminder of how human we all are and how the fighting spirit can persist even in dire times.

His strength empowers others, and it’s our responsibility never to give up.