The religious horrors and abuse of “Keep Sweet: Pray and Obey”2 min read 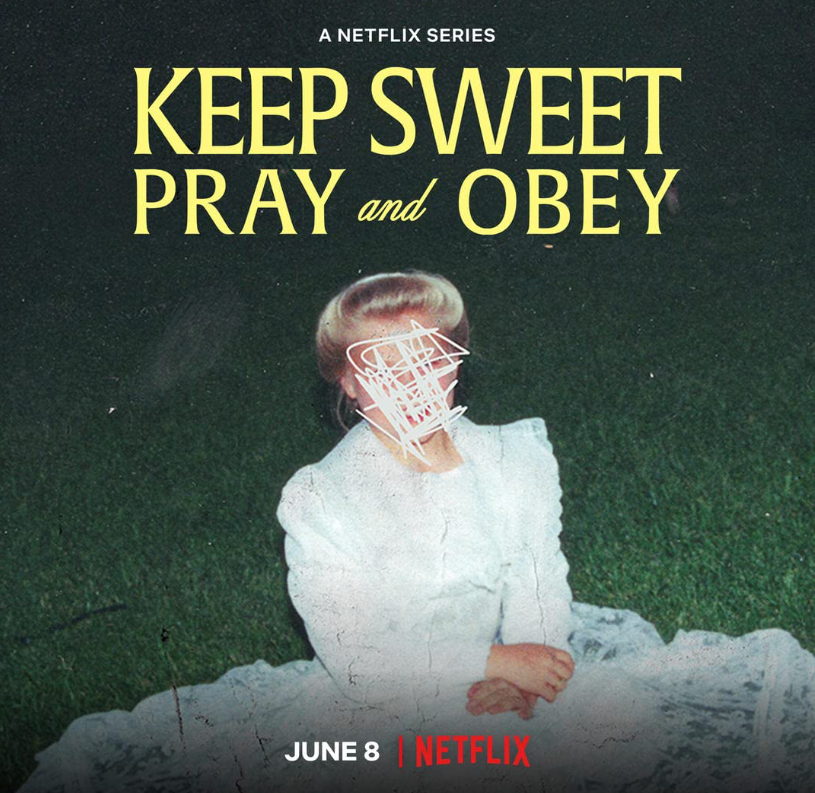 Often, we pass by churches, synagogues, mosques, and temples without a thought, the buildings blending in with the rest of the cities we live in. Netflix’s newest documentary, “Keep Sweet: Pray and Obey” seeks to expose the harrowing underbelly of a Mormon denomination that desperately sought to keep the rape, abuse and child marriages of their church a secret.

“Keep Sweet: Pray and Obey” is a four-episode documentary series, released on June 8, documenting the experiences of the people who were a part of or who had any relationship with the Fundamentalist Church of Jesus Christ of Latter-Day Saints (FLDS).

The series primarily focuses on the women of the church, the horrors and religious conditioning they experienced, and how they made their escape while simultaneously tracking Warren Jeffs’ rise to power as the prophet and leader of the FLDS Church after the passing of his father, Rulon Jeffs.

“Keep Sweet: Pray and Obey” contains content that may trigger those who have sensitivities to discussion of rape, domestic abuse, pedophilia, and religious abuse. It is a thoroughly uncomfortable watch — but a necessary one.

A young woman recounts how she had been forced to marry at 19 to the church’s 85-year-old prophet, Rulon Jeffs. A lawyer accuses a woman of wanting sex when she described the marital rape she endured after being married at 14. “Keep Sweet: Pray and Obey” doesn’t shy away from displaying the gruesome treatment of women in the church.

It’s hard to imagine how such widespread, systemic abuse was able to be kept under wraps for so long. But hearing about the extreme religious conditioning the members of the church have been through since they were born alongside with the careful manipulation and scheming from the church’s highest members makes it obvious that resistance in the FLDS Church was ridiculously hard — and risky.

However, the documentary highlights the incredible perspectives of those who have escaped through their unnerving recollections of their upbringing and the hopeful future they have now that they are out. But they also highlight how so many of their family members are still part of the church, with no end in sight.

Deeply unsettling and a series that will certainly form a pit in your stomach, “Keep Sweet: Pray and Obey” is a concise yet shocking exploration of the monsters that lurk behind the scenes of prolific religious groups like the FLDS Church.

Every moment is as appalling as the last, but ultimately forms a powerful narrative surrounding women who were able to break free from the abusive, patriarchal structures that controlled their lives, and proves to be a must-watch amidst national attacks on women’s rights.