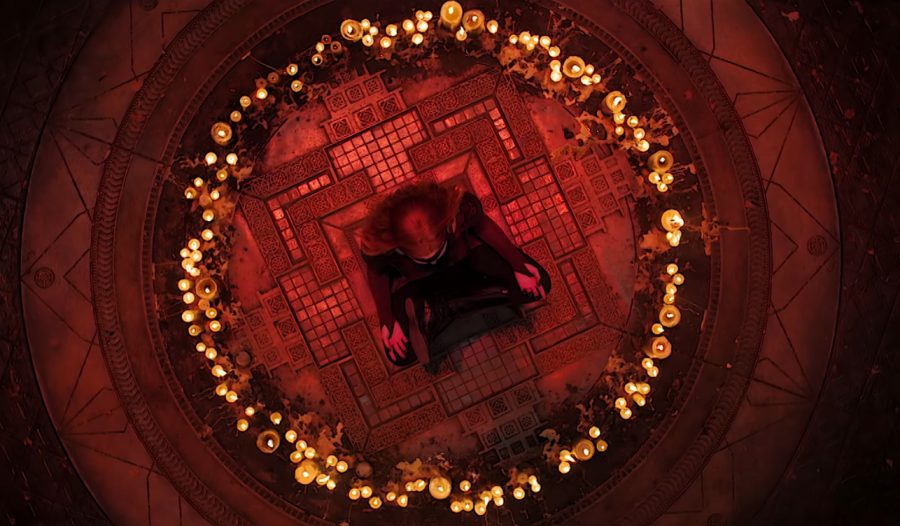 Expanding on the multiverse within the Marvel Cinematic Universe, “Doctor Strange in the Multiverse Madness” gives us different versions of our well-known heroes as they rise to the challenge once again.

“Doctor Strange in the Multiverse of Madness” follows Dr. Strange as he realizes that the world is under threat once again—this time, focusing on a peculiar girl named America Chavez with universe-hopping powers.

When the threat is more familiar than Dr. Strange thought, he must traverse the multiverse in order to protect Chavez and the very fabric of the multiverse, even if he must sacrifice everything.

With the return of Sam Raimi, known for his work in horror slashers, as the main producer, he opened a lot of doors for both gore and horror in the film. The horror in this movie was wonderful because action movies aren’t normally expected to have gore, and Raimi’s experience shines through in his calculated use of gore and horror setups.

The deaths in the film were unique and the gore never felt excessive.

Although the movie has been successful with the public and critics alike, it wasn’t an out-of-this world movie as it felt lacking not just in scenes but in characters.

Since they teased the “Illuminati,” many comic fans were expecting the return of Tony Stark and the debut of Namor, the Sub-mariner King of Atlantis. It felt disappointing that this version of the Illuminati was not as strong as they are in the comics.

On top of that, the action was repetitive, with multiple scenes containing the same idea of fighting with magic. There weren’t a variety of different spells used by Strange or Wanda, and it ultimately followed the formula of run through universes, fight, meet new characters, run, rinse and repeat.

However, “Doctor Strange in the Multiverse of Madness” is a good movie for those who aren’t a die hard Marvel fans as you don’t need too much prior experience with the franchise to understand what is going on.

But for those who are die-hard fans who have read almost every issue of the Marvel comics, it was an okay film but did not live up to the hype.

“Doctor Strange in the Multiverse of Madness” was great and had potential to be a movie of the year, however it was lacking and oftentimes felt unoriginal and repetitive.