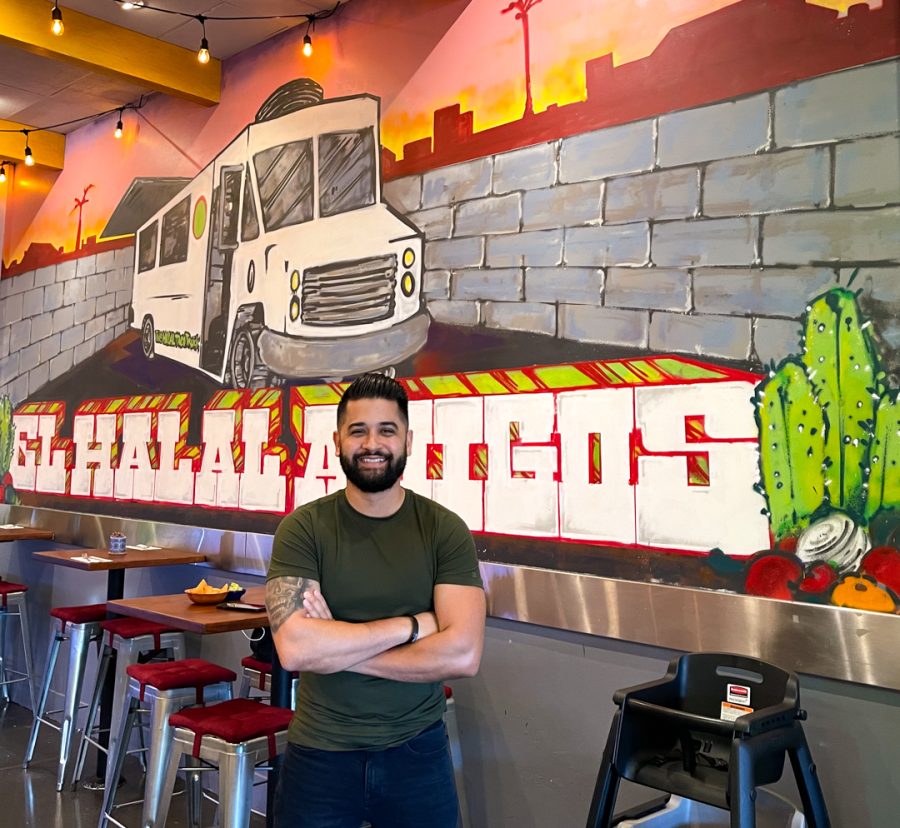 A few years before 2020, Abdelfattah dove into the religion of Islam, whose adherents commit to only eating halal meats, which is a way of raising cattle and consuming them in a more clean and humane way. Those that adhere to eating halal only eat specific cuts of meat from specific animals that are butchered a certain way, with halal literally meaning “permissible.”

That’s when he realized that there were not many halal restaurant options available in the South Bay, especially for a wider range of cuisine—such as Mexican food, which is what his business would end up revolving around.

“I’ve been making Mexican food my whole life and I love Mexican food,” Abdelfattah said. “But once I started heating halal, I could not go out to eat anywhere.”

Then he came up with the idea for a food truck. Along with the tech boom in the Bay Area, the past 20 years have seen a substantial growth of people who enjoy the standards of halal meat despite not being Muslim themselves.

Abdelfattah said that he knew that “this business was going to be popular”.

“That’s why I chose this (Willow Glen) location because there are a ton of nationalities here,” Abdelfattah said. “It was also going to have a deep appreciation for Mexican food.”

The opening for his dream of a sit-down restaurant came when he closed ‌his halal food truck at the onset of the pandemic outbreak in 2020, and he and his employees plotted an alternative source of income while bunkered in their homes.

“Many people (who are currently working) here are like my family and could not receive the government assistance aid,” Abdelfattah said. “All of a sudden, my food truck became their ‘lifeboat’ of creating money.”

He wanted to ensure that his restaurant would be a great working environment for his staff members.

Ilas Rameic, a chef who worked at El Halal Amigos for about a year, said that he enjoyed their flexible schedule. On top of that, he said that Abdelfattah was the first boss that took the time to understand his family’s situation.

Liliana Fregoso, an original staff member who worked at the food truck and is now at the restaurant, said that it El Halal Amigos was a good experience and was new for her at the beginning since she did not know anything about halal meats or Muslim culture.

After two years of working, she said that she had become more confident with her knowledge of halal meat and religious culture.

El Halal Amigos’ goal is to provide good food and a great time for people who might be from different backgrounds, different cultures and who are not Muslim.

“I want to keep this concept alive, thriving and fun,” Abdelfattah said. “I would love to make our brand very powerful with more locations like this in the future.”

Their signature dishes are the brisket barbacoa, burrito, taco, enchilada and nachos.

With more than 20 years of experience as a chef and working in restaurants, Abdelfattah had an opportunity to try out these items at other places and now, at his restaurant, he wants “to make them better.”