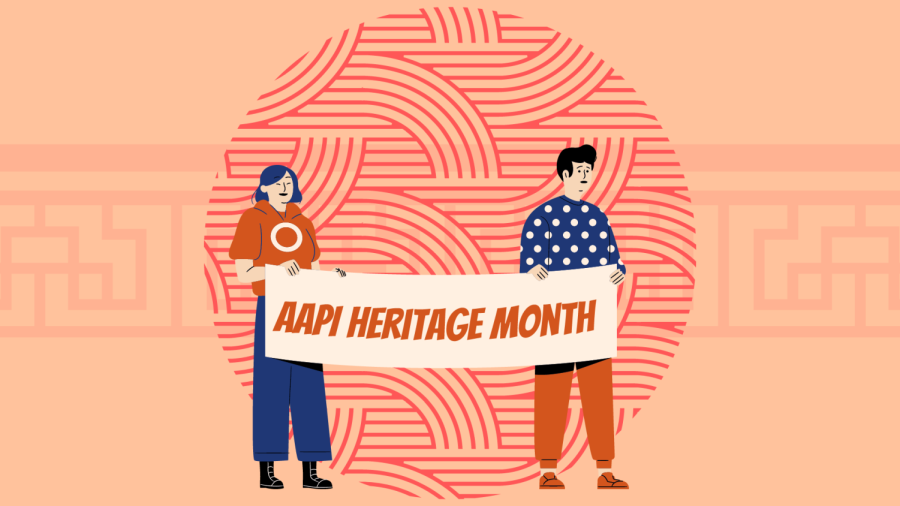 In celebration of Asian American Pacific Islander (AAPI) Heritage month, here are five film recommendations you might enjoy. They range from dramas, romance, to animated films.

Writer and Director Lee Isaac Chung’s recent drama is set in the 1980s, where it follows a Korean-American family that makes their way from California to rural Arkansas in pursuit of the American dream.

With 50 acres of new land, father Jacob Yi (Steven Yeun) plans to restart his life as a farmer of Korean fruits and vegetables. Alongside his wife, Monica, and their two children, Anne and David, the film chronicles their many challenges both on the farm and integrating into life in Arkansas. It has been described in reviews as “a timeless story of what roots us.” This is a must-see film.

This film stars Academy Award nominee and Pakistani actor Riz Ahmed, who plays a  punk-metal drummer named Ruben who begins to rapidly lose his hearing, and with it, his self-assurance and confidence in his music career. Because Ruben is also a recovering heroin addict, his girlfriend and lead singer of the band, Lou, grows increasingly worried and checks him into a sober house for the deaf.

The film follows Ruben as he finds comfort in this strong community and his battle with reconciling this with wanting to return to his old life. In this film, director Darius Marder is praised for the manner in which he transports the audience into the experience of a deaf person with unique new sound techniques, and with subtitles it can be enjoyed on Prime Video by hearing and non-hearing individuals alike.

This is one of the lesser known and highly underrated Marvel films. It features an all Asian cast and follows the story of superhero Shang-Chi (Simu Liu) who is destined to wield the ten rings that possess ancient, godly powers beyond all imagination.

However, he is unwillingly tied down by his father (Tony Leung), the leader of a powerful criminal organization, who drags him and his sister into an adventure to find the hidden mystical village.

As Marvel’s first film with an Asian lead, it is worth checking out this month.

This period drama set in pre-World War II Japan tells the story of a young girl named Chiyo Sakamoto (Ziyi Zhang), living under the pseudonym Sayuri Nitta. The film follows her training to become a geisha in order to help her impoverished family.

Nominated for six academy awards, and winner of Best Cinematography, Costume Design, and Art Direction, this film will sweep you up into the life of a geisha’s hardships, transport you to another world and show you the challenges faced due to the war.

This science fiction film directed by Daniel Kwan and Daniel Scheinert has gained a lot of buzz in the media and gotten raving reviews from critics. It follows a Chinese immigrant, Evelyn Wang, who is suddenly charged with saving the universe.

On her crazy adventure throughout the multiverse, she learns more about herself as an individual, a mother and a wife. This film will take you through a roller coaster of emotions that will shock, confuse and pleasantly surprise you.