Matt Reeves’ “The Batman” was a hit, but will it be remembered?4 min read 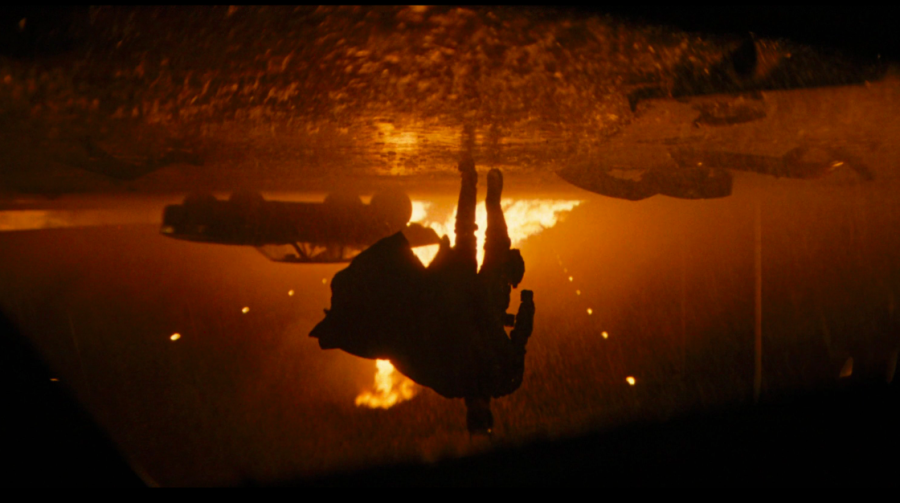 It’s hard to believe that in an age where comic book stories have dominated the box-office, that it has been 14 years since anyone was happy with a “Batman” film.

After Chirstopher Nolan wrapped his “Dark Knight” trilogy, in came director Zack Snyder and Ben Affleck, who were tasked with making a new Batman that could compete with Marvel, which by then, had grown their movies into a behemoth of interconnected stories and television shows.

So they went about making movies about the “DC Extended Universe” (DCEU), pitting Batman and friends against interdimensional aliens and yes, sometimes even Superman. In theory, it should have worked since that was what their competitors were doing, but the movies of the Snyder “era” were marred with setbacks, panned by critics and flopped at the box office.

Shortly after, Affleck, who was supposed to write and direct his own standalone Batman movie, vacated the role, admitting that he and his team “couldn’t crack it,” leaving Bruce Wayne in search for a new identity yet again.

In their place, Warner Brothers picked Matt Reeves who made the choice to disconnect his Batman from the company’s extended universe entirely, seemingly to bring the character and his stories back to what made them so loved in the first place — which was the “real world.”

At first glance, that bet has seemingly paid off. Reeves’ “The Batman,” now starring Robert Pattinson as the caped crusader, became the highest grossing film of 2022 and has been well received by fans and critics alike.

But is the rebound from such low-lows influencing peoples’ opinions? How does it really rank among the pantheon of Batman films?

Let me start off by saying that “The Batman” is not a bad movie. As a matter of fact, if one is a fan of the ethos of “the world’s greatest detective” or just the comics in general, they will probably appreciate this movie even more.

Reeve’s iteration leans into authenticity and genre. It is less a superhero movie of epic scale, and more so a noir film akin to “Chinatown.”

His film follows Batman in year two of his “Gotham experiment,” where our hero is unsure of the impact he’s actually having on a crime-ridden city, and is put to the test when a serial killer, the Riddler, played by the deceptively charismatic Paul Dano, starts targeting the city’s elite while leaving a trail of cryptic puzzles setting off a cat-and-mouse game.

To its credit, the film doesn’t try to dumb things down for audiences. It correctly assumes that viewers are well-versed enough in the Batman world to follow its extensive plot about how organized crime lives on as a byproduct of political corruption or greed.

In investigating the murder spree, we are introduced to the underbelly of Gotham City. The mob, led by Carmine Falcone (John Turturro) and the Penguin (Colin Farrell) play intricate, sometimes dizzying supporting roles, and Zoë Kravtiz’s Catwoman serves as the romantic lead and foil.

At its best, the movie has relevant things to say about the smartphone or white nationalist era we live in. Batman aficionados also seem to appreciate Pattinson’s new costume, which has a more handy/craftsmanlike feel than its predecessors.

While all of that is rightfully applauded, unless this is the first Batman movie one has seen, my biggest contention is that it is impossible to divorce it from your viewing experience of others.

In its nearly three-hour long runtime, the film’s many homages to its predecessors—Batman punching his way through the Iceberg Lounge or the penultimate jailhouse interrogation scene—sometimes slip dangerously close to impersonation, mainly that of “The Dark Knight,” which collected eight Oscar nominations in 2009 and is regarded as one of the most influential films of this century.

That is perhaps no fault of Reeves, as there is no shortage of directors who pay homage to their influences, but rather more indicative of the large shadow that Nolan’s film still casts and the near impossible task that subsequent directors still must grapple with.

We live in a time where comic book superheroes are our new shared mythology, where like Shakespeare’s plays still do, these stories and roles live on and take on subtle changes depending on the people who take them.

This time, Reeves made a movie that was loyal to the comic fans, which compared to how Snyder and Affleck’s attempts went, was a welcome step in the right direction. But, at the end of the day, this should be judged as a movie and not a comic book, which can be rebooted infinitely and judged individually on its own merit.

Was “The Batman” awe-inspiring, memorable or even rewatchable? That I’m not sure of.

“The Batman” is now streaming on HBO Max.