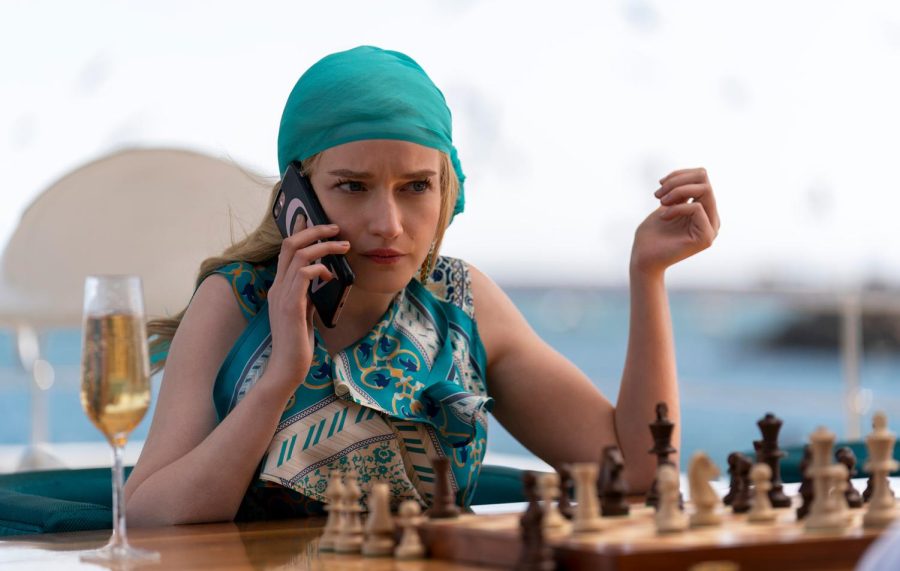 The highly anticipated series “Inventing Anna” was finally released to an eager audience on Feb. 11. It is a dramatic retelling of the catastrophic rise and fall of con artist Anna Sorokin, better known by her pseudonym Anna Delvey. The series is inspired by the reporting of journalist Jessica Pressler on Sorokin, and it’s more unsettling than it is empowering.

“Inventing Anna” follows Vivian Kent (Anna Chlumsky), a journalist who fell from grace after the subject of one of her acclaimed articles turned out to have fabricated his entire story. After discovering Sorokin (Julia Garner) and her long string of defrauded victims, Kent goes against the wishes of her bosses and hunts down the truth across New York’s most elite circles who were conned by Sorokin as she attempted to rise to the top.

The nine-episode-long miniseries debuted on Netflix and instantly made its way into the Top 10 in the U.S. and has yet to leave as of publication. Despite its immense clout, the series attempts to write Anna Sorokin as a flawed but strategic woman carving her way into the New York socialite scene and not someone convicted of crimes such as attempted grand larceny.

Sorokin would rack up bills of tens of thousands of dollars at hotels, claim that she’s sending them a wire and when pressed, insist that the banks have simply run across a snag, before abandoning her massive bill and moving on to the next place. In an attempt to set up the Anna Delvey Foundation, her new business venture, she defrauded advisors and accountants by securing loans in the range of tens of millions.

However, when Sorokin gets shut down from the loans, the series frames it through the lens of her being a woman, not because she was lying about her “trust fund.” In another scene, when Sorokin is questioned about her Foundation, the writing of the show seems to infer that it is because of hostilities toward female entrepreneurs and not because she was a con artist manipulating everyone who crossed paths with her.

Each episode of the series exasperatingly shoe horns in tangents about the sexism women face attempting to break into elite spaces in order to set up Sorokin as an underdog. Even if one were to take that argument at face-value, it’s hard to consider Sorokin’s elaborate con, that resulted in hundreds of thousands of dollars of financial damages to multiple people and businesses as any sort of win for inclusion or diversity.

Sometimes the show makes excellent points about how men don’t receive nearly as harsh punishments compared to women despite committing similar or worse crimes, but the immense sympathy offered to Sorokin detracts from any poignant arguments they may raise.

Although the angle and writing of “Inventing Anna” leaves much to be desired, Garner does an incredible job playing the entrancingly snarky Sorokin. Chlumsky is endearing in her portrayal of Kent, whose determination to break the story helps her overcome the obstacles she faces. The production doesn’t avoid going above and beyond portraying Sorokin’s luxurious lifestyle either.

However, when viewers take a step back from the spectacle of “Inventing Anna,” all that remains is an immense discomfort at the glamorization of Sorokin’s lengthy list of crimes. In an attempt to make Sorokin out to be a product of society’s bigotry, they humiliate and villainize her victims.

The production and acting is good, but it’s not good enough to distract from the utterly bizarre attempt to reframe Sorokin as anything but a conwoman.

Elitism and sexism might block women from ascending the social hierarchy, but Sorokin’s rise and fall is hardly a product of bigotry as is portrayed in “Inventing Anna.”