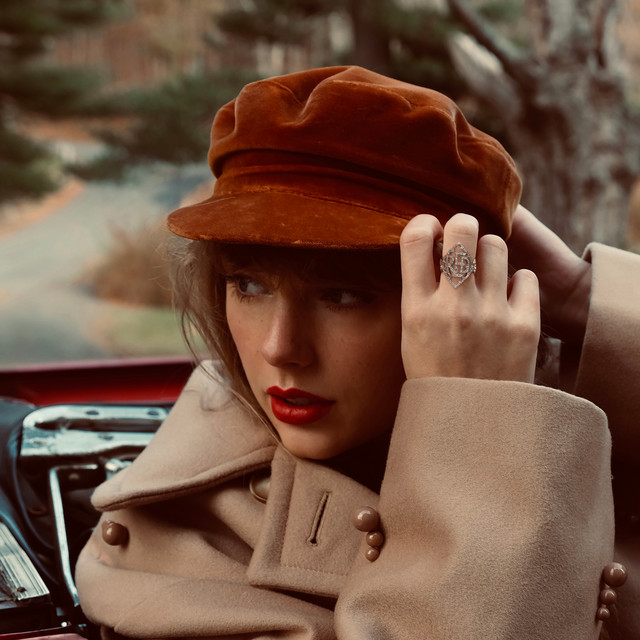 “Red” by Taylor Swift became an instant fall classic when it was released in 2012. With instant hits like “I Knew You Were Trouble,” “22” and “We Are Never Ever Getting Back Together,” Swift’s fourth studio album is considered highly acclaimed.

However, Swift was unable to purchase her own catalogue, and after it had been sold off to a company, Swift has been re-recording her entire discography, with “Red (Taylor’s Version)” second up on her mission to own her music.

The first 22 tracks were all songs featured in the 2012 version of “Red,” with some recorded again with minor tweaks and others complete remakes, most notably “Girl at Home” which went from country to pop.

Each song not only fosters a sense of nostalgia, but heartbreak as Swift’s improved and matured vocal performance resonates with both fans and non-fans alike.

Some gems included “State of Grace,” the opening song which sets the tone for “Red” as Swift sings of love at first sight, and “Begin Again,” beautifully detailing the feelings of going on a date after a brutal heartbreak.

Swift added nine songs that she refers to as from the vault, referencing a cryptic teaser video of a vault from her rerecording of “Fearless.” These are songs that she had written and expected to include in the album, only to be shelved for another time.

The shining star of the vault songs and the re-release as a whole has been “All Too Well (10 Minute Version),” and rightfully so.

With new verses detailing Swift’s heartbreak and tumultuous relationship, strongly hinted to be with Jake Gyllenhaal, alongside a short film starring Sadie Sink and Dylan O’Brien, “All Too Well (10 Minute Version)” has been the vault song everyone anticipated.

“And I was never good at tellin’ jokes, but the punch line goes/‘I’ll get older, but your lovers stay my age,’” sings Swift as the music fades out.

With other newly released songs such as “Nothing New,” featuring Phoebe Bridgers, a somber exploration of the fears of romance and growing up, and “I Bet You Think About Me,” a witty country ballad making fun of an ex, “Red (Taylor’s Version)” has expanded upon its impressive foundation.

From her matured vocals to the interesting and heartbreaking new songs, “Red (Taylor’s Version)” is a masterful reclamation and evolution of her old work.