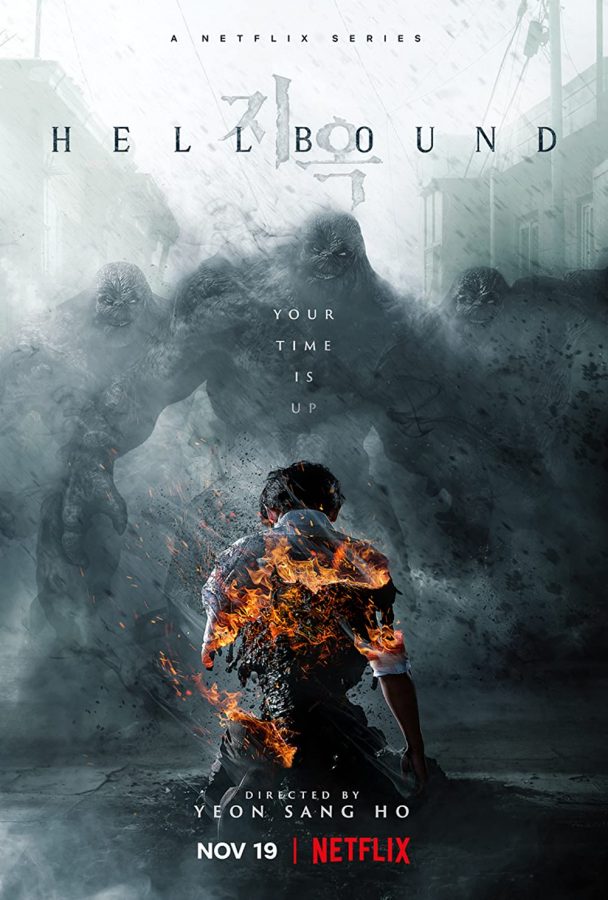 "Hellbound" is available on Netflix

“Hellbound,” initially an animated short film and then a webtoon, is a six episode series divided in two parts, first following Korean society after demonic apparitions begin to appear, notifying people that they will be condemned to hell in a set amount of time. The second half of the show takes place after a 5-year time skip.

“Hellbound” is incredibly nerve wracking and horrifying. The grisly executions from the three demonic executioners, the rapid growth of the cults as well as the increasing hysteria of everyday citizens only adds to the building anxiety.

Beyond the violence though lies poignant and interesting commentary on the dangers of religious fanaticism, hunger for power, morality, justice and the desire to understand the nonsensical. Religious zealots and self-righteous citizens both contribute to the developing dystopian society.

Be it the main characters or the background cast, everyone does a fantastic job with their roles. Some of the most noteworthy performances though are Ah-in Yoo, who plays the intensely charismatic yet mystifying Jin-soo Jung, and Hyun-joo Kim, playing the tenacious Hye-jin Min who tries to fight for the people and against the rising influence of cults.

The more cartoonish look of the demonic apparitions in the original webtoon is certainly hard to translate into CGI, making it look off putting and tacky at times. Although this does not detract from the dread that builds once the apparitions appear.

“Hellbound” isn’t just stellar in its execution of horror and its tense atmosphere, but its emotional and heart-wrenching scenes too. Many scenes were so moving that it was easy to cry and mourn alongside the characters.

While the finale leaves many questions unanswered, not only does this prompt the viewer to reflect on the show’s themes but also leaves much breadth for a second season and an expansion on the “Hellbound” universe.

“Hellbound” is a deeply impactful, spine-chilling thriller with twists and turns that will leave viewers at the edge of their seats waiting to see just what will happen next.