For “Friends” lovers, “Friends: The Reunion” gives you exactly what you need1 min read 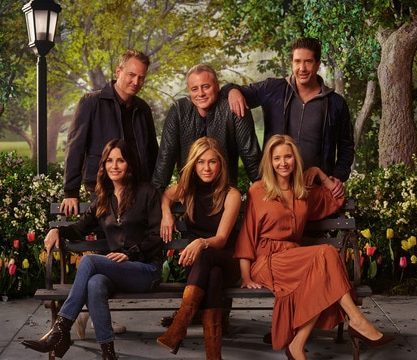 “Friends: The Reunion” celebrates the magic of “Friends” by showing unseen footage on set with the reactions of the cast — a tasteful dive into nostalgia for any fan.
From giving backstory to Joey’s arm sling to the actors’ opinions of the monkey, this HBO Max special answers all fans’ questions through insight from the directors, footage from behind the scenes and interviews with the actors.
It was heartwarming to see the actors’ unscripted reactions, all of them in the same televised room for the first time in 16 years.
Marta Kauffman and David Crane, directors of “Friends,” dove into their perspective of the show and the process of filming it. It was fascinating to hear them explain the process of casting actors who fit the roles of the main characters.
James Corden, the interviewer in the special, also asked the cast the right questions. He gave closure to fans by shedding light on things they have been dying to know for years — like on-set romances.
The special is a good length, spanning 1 hour and 44 minutes of nostalgic and gripping content.
“Friends: The Reunion” also offered fun content, like the actors being quizzed on how well they know their own show, and featured celebrity guests.
The special seemed to be made for diehard fans of the show, and would be confusing to a viewer who isn’t that familiar with the plot of “Friends”.
While this wasn’t the reunion episode featuring the characters in the present day that many fans hoped for, this special was still interesting to watch, as you learn so much about the behind the scenes.
4 out of 5 stars