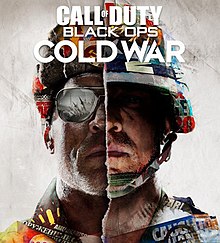 After the staggering success of “Call of Duty: Modern Warfare” in 2020, “Call of Duty: Black Ops Cold War” ended up great for beginners, but lacking for experienced players.

But the strictness of skill-based matchmaking in “Cold War” dampens the experience.

Skill-based matchmaking puts players into a skill bracket based on how they performed in the previous match. It sounds like a fair idea but is so poorly connected with the engine that it becomes difficult to play the game.

Even though skill-based matchmaking lowers the enjoyment of more experienced players, it is well suited for newer ones.

If you are just starting out, you can gain some experience as a new player while enjoying playing against other beginners.

The overall design of “Cold War” also gives off a nice retro vibe that has been popularized in recent years. The graphics will look exceptional on next-generation consoles and PCs, but runs at a smooth 60 frames on the Playstation 4 and Xbox One as well.

The physics is well done and the pace of a match feels faster, especially in popular maps like “Nuketown” and “Raid.” Some new maps added to “Cold War” are also fun, especially “Garrison.”

“Call of Duty: Black Ops Cold War” had a lot of bugs and glitches when the game was first released, but they were fixed as new updates were released.

The game itself runs quite smoothly and the simple multiplayer design is what everyone needed after complex systems with jetpacks and wall-running.

If you are a beginner to FPS games and “Call of Duty”, I would highly recommend getting “Cold War,” as it is beginner-friendly.

If you already own “Modern Warfare,” I’d suggest sticking to it only because of the less strict skill-based matchmaking and the additional content it has.