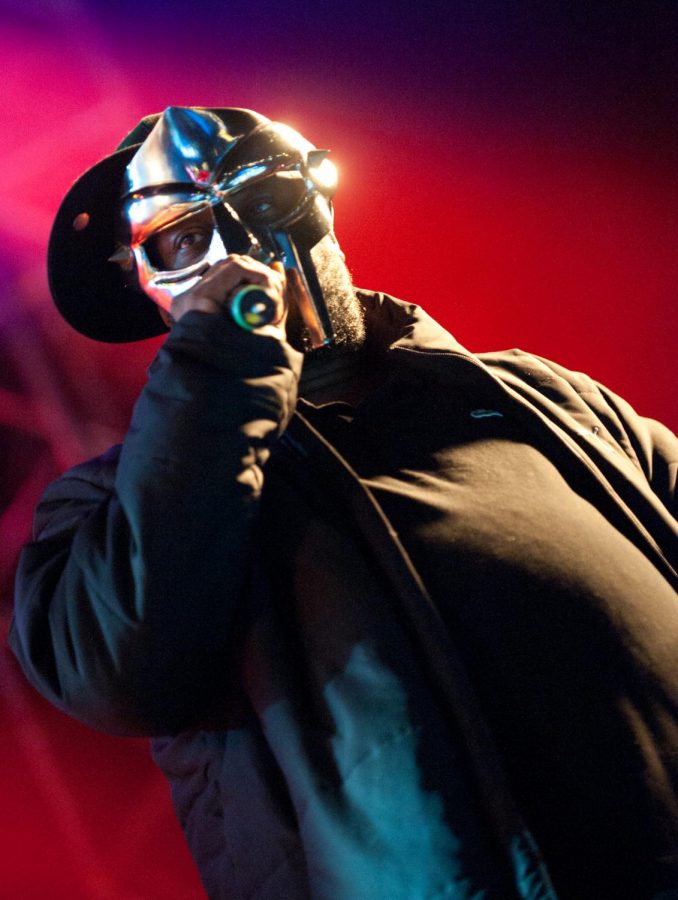 Daniel Dumile, known by the stage name MF DOOM, passed away on Oct. 31 last year as a legend in the hip-hop genre.

DOOM may sound unfamiliar to mainstream rap fans, but he is an underground icon.

His creative lyrics and intricate rhymes captivated audiences and earned him respect from peers, whether they were underground artists themselves or well-known rappers.

In one video, Tyler, the Creator and Earl Sweatshirt rap along to fan favorite DOOM songs — “Accordion,” “All Caps” and “Curls.”

I found myself repeating “just remember ALL CAPS” as I watched the video. I was soon filled with regret, because I realized that I will never be hypnotized at a DOOM concert the way the rappers were that day.

DOOM wore a metal mask at the concert, a unique staple in all of his appearances. The MF in his name stood for “metal face” for rapping and for “metal fingers” for producing.

The mask always fascinated me. While other rappers needed a tough-guy persona, DOOM wasn’t concerned with any of that.

Instead, he rapped with lyrics as vibrant as a comic book.

His topics never dwelled on the most rappers’ formula of drugs, money and sex. He referenced them, but they were small in comparison to the arsenal of themes he brought up in his songs.

The themes in “?” vividly remain with me. It was both a self-reflection and a homage to his brother DJ Subroc, who was killed after being hit by a car in 1993.

The music video was mesmerizing. DOOM sips a bottle of Jack Daniels, swings a machete in a park and breaks up a chess game, strong symbols for his frustration.

If you have lost someone you love, you can relate to DOOM’s angst and confusion. What hits the hardest in that video is when he throws a machete in the sky, as if he were handing it over to his brother.

Although Daniel Dumile has moved on with his brother, his legacy as MF DOOM will live on for many generations to come.