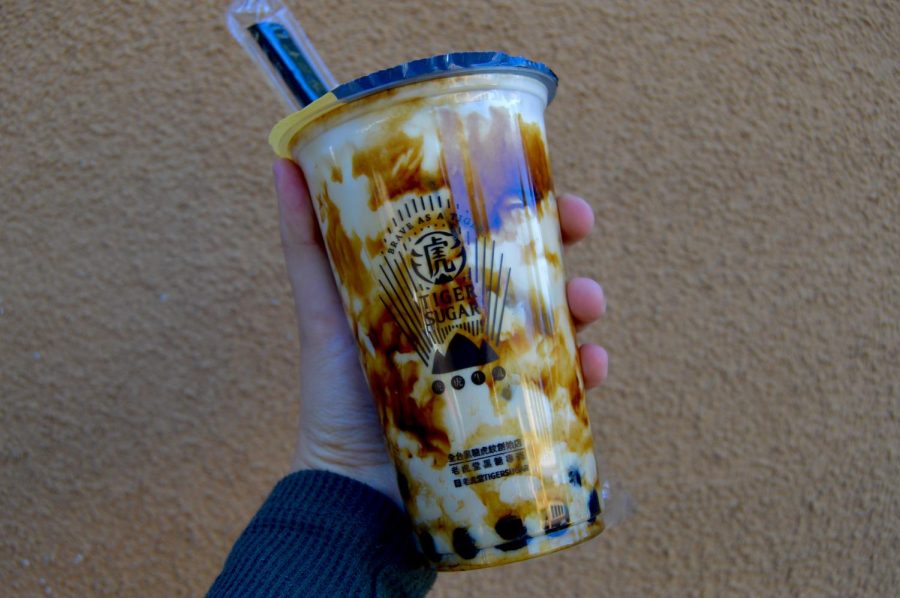 Tiger Sugar has opened doors all the way from Taiwan to Cupertino and De Anza College’s international students are finding a piece of their home right in the Bay Area.

Tiger Sugar opened their first store in 2017 in Taichung, Taiwan and is known for popularizing the brown sugar boba milk tea. Since then, it has expanded globally with locations in Hong Kong, Singapore, Malaysia, Philippines, Korea, China, Canada and more.

Tiger Sugar in Cupertino opened its doors on Oct. 9 and sells not just boba, but brown sugar popcorn and ice cream as well.

De Anza students who have tried the Taiwanese original said there were some key differences in the boba offered at the Cupertino location.

Lin also said the difference in flavor could be because of the location.

“People in different countries have different tastes and preferences towards foods and drinks,” she said. “Disregarding the brown sugar, I think Tiger sugar Cupertino has done a great job recreating the flavor.”

Other students said that the U.S. Tiger Sugar locations use different ingredients than in Taiwan.

He continued to talk about what he would like to see from Tiger Sugar as a whole for their future endeavors.

“I think both Tiger Sugar Taiwan and Cupertino should release more non-dairy drinks because not everyone likes dairy,” Luk said. “In the Bay Area there are a lot of competing companies that sell many different kinds of drinks such as fruit teas and smoothies.”