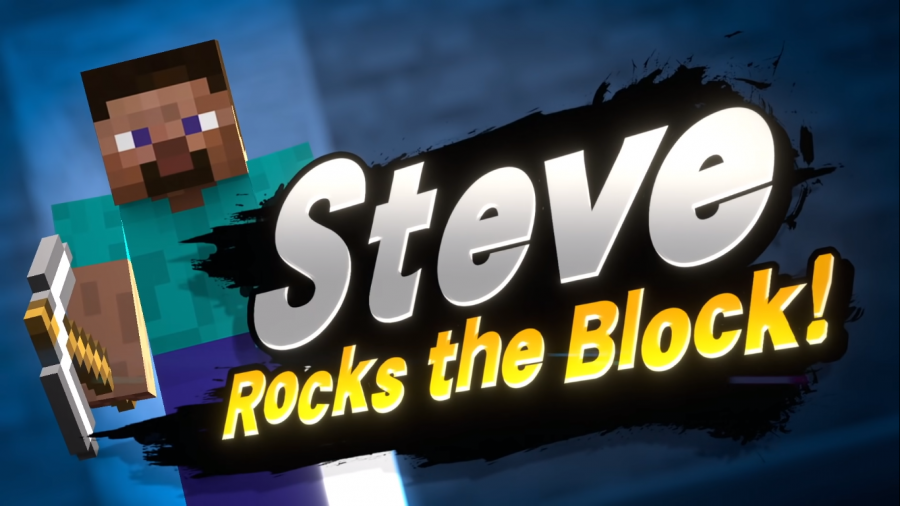 Minecraft’s Steve joined the Super Smash Brothers Ultimate roster on Oct. 13 as its 77th fighter after years of being a rumored potential.

Steve’s versatile move set arguably makes him one of the more distinctive of any downloadable fighter, but lacks the strength required for topping in tournaments.

Steve’s design and mechanics are well preserved and recrafted from his world of Minecraft.

He possesses a sword, axe, pickaxe and shovel that can break after a certain amount of use and be rebuilt using resources.

Resources such as wood, stone, sand, iron, gold, redstone and diamond are mined from the stage or from items such as his own TNT and are crafted into new or upgrade tools with.

Similar to Mega Man’s Mega Buster and Min Min’s Punch, by holding down the attack button while walking or jumping, Steve indefinitely swings his trusty sword. Though it does little knockback and has a hitbox that cannot hit downed opponents unless their hitboxes are large, it can interrupt many opponents powering up or mid attack.

Though lacking in power, it is a great mechanic for setting up combos.

Steve has a short jump height that can hinder dodging enemy attacks and recovering ground.

His ability to create blocks midair makes up for this weakness by functioning as a platform with the additional benefits of absorbing incoming attacks.

The durability of these blocks is also dependent on the quality of materials used to craft them.

Riding in a minecart has been a fun game mechanic in Super Smash Bros. Brawl and Super Smash Bros. for Wii U, but Steve is the first fighter to bring his own.  The player can either enjoy a leisure ride around the stage or slam it into their opponent, effectively trapping and carrying them off to oblivion.

Steve’s final smash, House of Boom, displays a cinematic where the affected opponent is launched into a dark structure in a forest that resembles a Jungle Temple, filled with TNT, and besieged by Creepers and Zombies. The building explodes upon the climax, sending his opponent flying and can cause enough knock back to take out bystanders.

Though no official tier lists exist by the developers, Eurogamer ranks Steve as average, or just “good,” alongside Sonic, Greninja and Samus, while Gfinity Esports ranks Steve as “S Tier” alongside Pikachu, Wario and Inkling.

This unique playstyle makes Steve a fun character for leisure play among friends but unfit as a contender for competitive play.