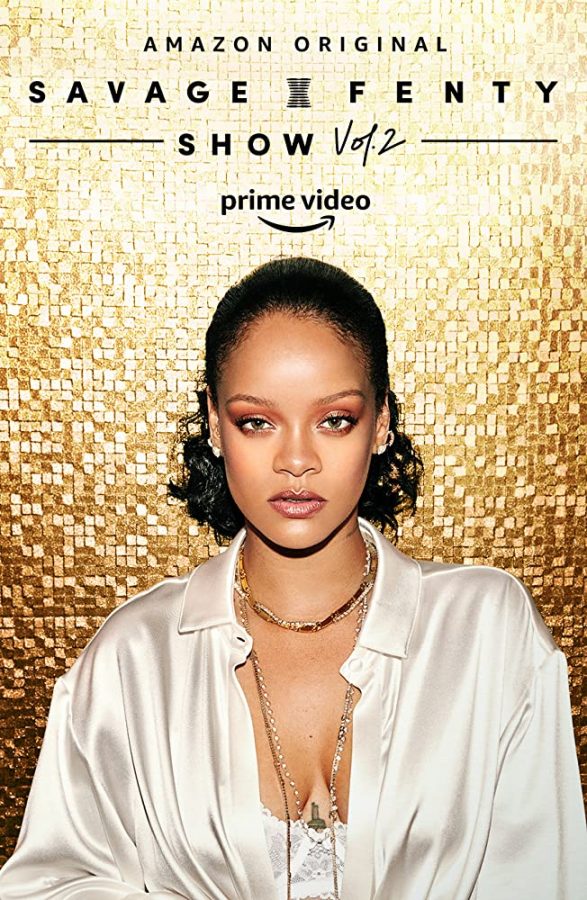 Rihanna showcased her line of lingerie, mixing singing and dancing performances with intricate sets and messages of body positivity in Volume 2 of her Savage x Fenty show.

Although the cinematography was impressive, the inclusivity of the show stood out.

Rihanna had many famous guests in her show such as Travis Scott, Rosaliá, Roddy Rich and Ella Mai.

She included stars of all backgrounds, who spoke about themselves throughout the show.

Messages about body inclusivity shone through, with models of different body types represented.

This challenged the idea pervading the fashion industry that only a certain body type can be beautiful.

The soundtrack and visuals were immersive, with huge sets and extensive choreography.

Many of the numbers performed in the show were well known songs, and really aided the visual aspects.

The pairings of clothes to singers and dancers showed movement, which made everything intense and vivid.

A majority of the show was dancing, and although it strayed far from the traditional walk down the runway, it helped highlight the parts of Rihanna’s line she wanted to put emphasis on.

The show was crosscut with clips of Rihanna herself speaking on things like inspiration, community, mood and sexuality.

The people who worked with her to create the line also spoke on how she works and the process behind each piece.

A large portion of the show was also giving viewers an insight into designing the pieces and their individuality.

Overall, the Savage X Fenty show was a huge success, and helped boost her message of body positivity and diversity. The pieces showcased were ranging in material and size.

This kind of inclusivity is a wonderful example of the change Savage X Fenty hopes to inspire.