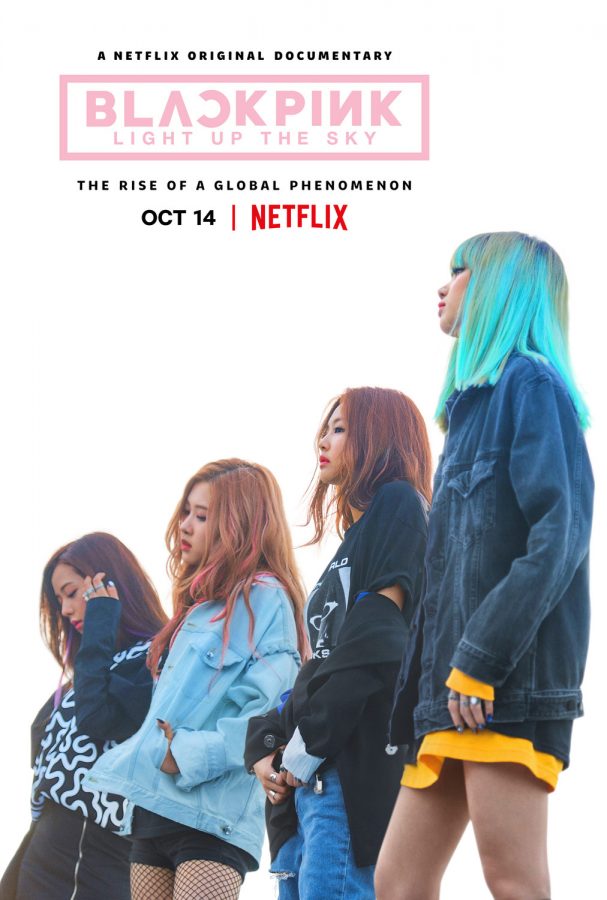 Starring its four members – Jennie, Jisoo, Lisa and Rosé – k-pop girl group Blackpink’s documentary “Blackpink: Light up the Sky” offers an intimate look not only into the background and dynamic of the group, but the nuances of the K-pop industry in a worldwide perspective.

Each member is individually interviewed, and it’s a heartwarming experience to follow how their individual experiences climax into the synergy that the girl-group has today.

Considering that the K-pop group selection and training process pre-debut is still rather enigmatic, both the training footage and commentary of the members places audiences into a position of sympathy, empathy, or maybe a little of both.

However, if there’s one theme about Blackpink to take away from this documentary, it would be the word globalization.

The parallel being drawn in the film is how the multinational background of the group members led to their worldwide success–the combination of their individualities are what makes Blackpink exceptional.

An interesting way this concept comes to light in the picture are its seamless linguistic transitions. While the dialogue consists predominantly of English, it’s also interspersed with Korean, as well as Thai.

Blackpink’s music producer Teddy Park makes an appearance on the documentary and comments on this.

When speaking on how each member has been influenced by their different cultural environments, Park also dives into the question, “what is K-pop?” Questioning whether or not the genre is labeled as such simply because of the language.

This question isn’t fully answered, with respect to the fact that the movie is a documentation of the specific group Blackpink, but leaves an impression nonetheless. It is made clear in the film that regardless of its label as “k-pop”, Blackpink’s music has had both global impact and enjoyment.

I had the pleasure of watching this documentary by leeching off of a friend’s Netflix account.

Whether you have access to an account of your own or one to borrow, I highly recommend “Blackpink: Light up the Sky” as a genuinely warm presentation of the members of Blackpink and their influence not only as global stars, but as personable individuals.

Netflix has tagged the show as “heartfelt, intimate, inspiring.” To this list, I would add “unifying.”