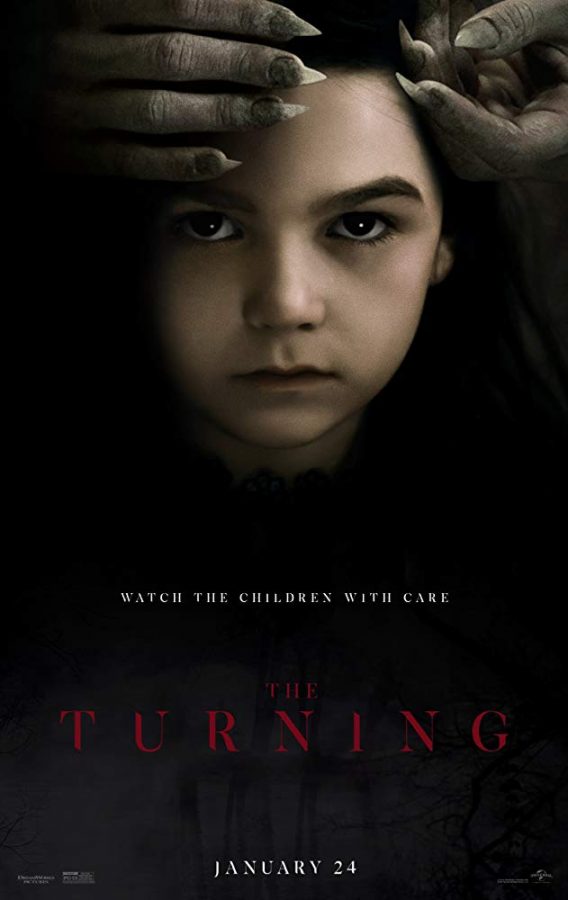 “The Turning” that came out this past weekend was a huge letdown.

As the movie ended I yelled out “What” as did someone else in the movies after it went to credits because no one expected the movie to end as it did.

Me, already being a “Stranger Things” fan, thought maybe this would be really interesting as I am a fan of both Finn Wolfhard and horror movies.

The only plus to this movie was the casting of Finn Wolfhard, but even that still doesn’t fix how bad this movie turned out.

This movie was nowhere good for being a horror movie, containing very few jump scares or any particularly scary qualities from Miles and Flora who were the kids in the movie.

Since they aren’t normal kids who go to school and rebel against grown ups, they acted strangely around their babysitter for the kids and home.

The plot of the movie wasn’t at all put together, why? Because you just couldn’t understand what was going on.

To sum up the major points of the movie, two kids can’t leave their house that they inherited after their parents died in a car crash. That’s basically all you get.

The movie later revealed that one of the old friends died in the house and never left, haunting the children.

It was unclear as to why the old friend haunted them, as they made him seem like a really good person that died tragically.

In order to escape all they needed to do was leave the house, but you never see it happen. They show multiple scenarios happening like it was a dream.

At the end of the movie, you want to know if the woman managed to escape with the kids or not.

The movie, by going back-and-forth with different scenarios, results in no satisfying conclusion to an already-missing plot.

From showing many scenarios of what could have happened in the movie they just chose to end it with no explanation whatsoever. Which just raises many questions as to what was supposed to happen or if they escaped or they got caught nothing made sense.

Not one of the questions that my friend and I had were answered. Please don’t waste your money or time on this movie.

If you love horror please skip this as it already have rarely any jump scenes. It just felt like another movie with a creepy vibe to it trying to sell to the audience as a horror film. Go watch anything else besides this. You’ll thank me later.