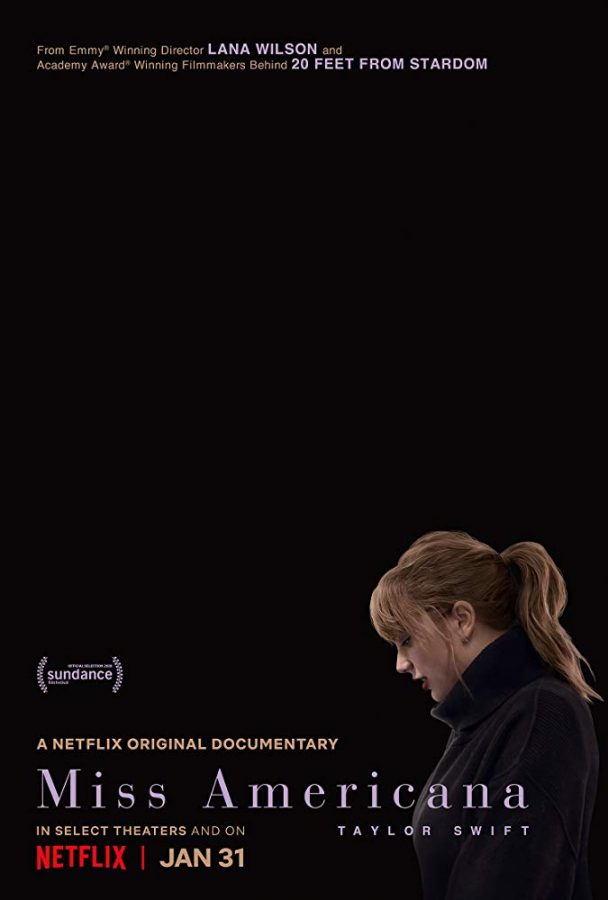 “Miss Americana,” Taylor Swift’s self-titled documentary on Netflix, tells a story of a woman who is overcoming various obstacles throughout her famed career. Overall, the documentary is watchable but struggles to develop some personal connections with the audience due to her aforementioned fame.

I went into this documentary with a blank mind; with zero recognition to the ultra-famous name that is Taylor Swift in order to understand what Swift wanted me to know.

The beginning of the documentary showcases Swift’s rise to fame. A four-minute overture comprised mainly of family videos and early performances mold together with the beginning of this film.

Personally, I wish this part was longer. Because of the short duration of this section, I felt disconnected from Swift’s come-up story and was left with the impression that she was given her fame, rather than it being earned.

The audience gets to learn about Swift’s struggles with recognition and fame intertwined with both her public and private lives.

Among these frustrations are keeping one’s opinions out of the limelight, acting proper, and keeping politics out of one’s mouth. Swift battles these by making her political opinion open, showing more edge in her music, and showing the world her best version of herself.

The biggest issue I had with this film was that some scenes felt planned. The rest of the film then felt odd since some of the scenes were portrayed as candid and genuine.

For instance, a scene in the documentary depicts Swift receiving news of not being nominated for a Grammy Award. I found it confusing that she had a camera set up for the bearing of bad news.

Despite this issue, the film goes over the main milestones and events in Swift’s career. These main events are comprised of the processes of creating many of her hit songs, pop-cultural events, like Kanye West taking her microphone away at the VMA’s, and her advocacy for a democratic Senator in her home state of Tennessee.

Overall, the film is worth a watch if you are interested in learning more about Taylor Swift. I wouldn’t consider this a must-watch on Netflix, but certainly entertainable if you want something to watch.