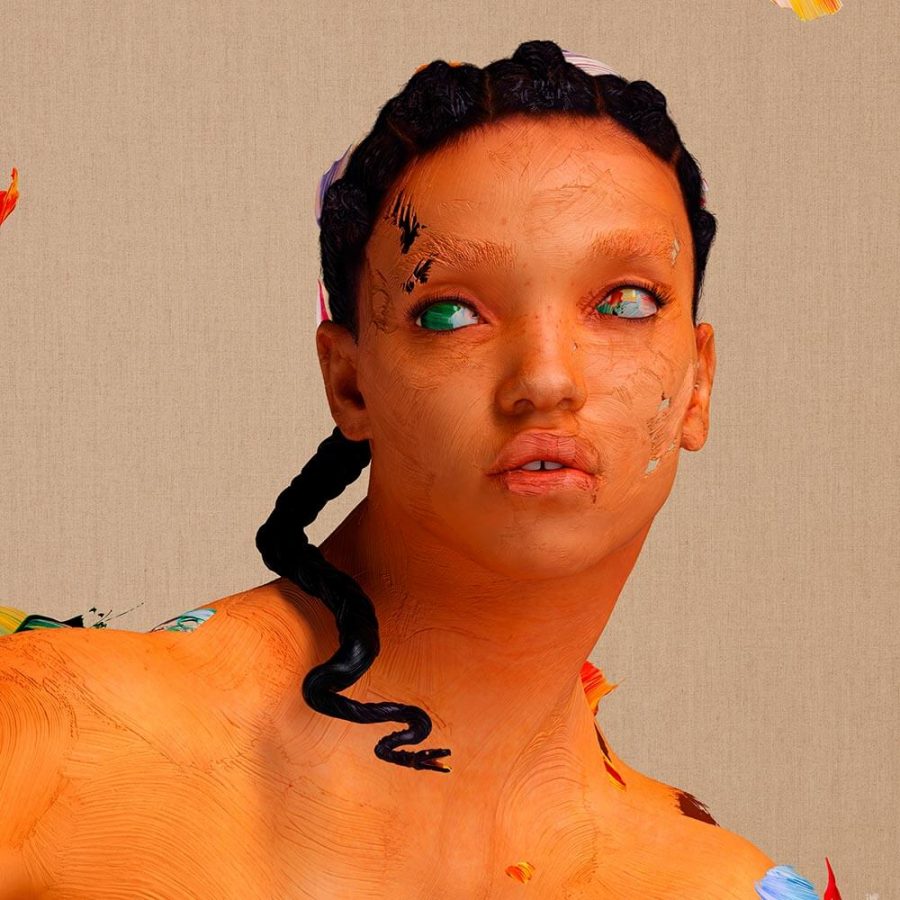 Twigs takes the usual dance and electronic sound into an art that depicts a story from song to song.

Five years since her last album release, Twigs presents a raw musical experience that explains her obstacles and achievements.

As I first heard this, I immediately thought this album manifested the workings of Twigs inner soul.

Even before listening to the album the intrigument from the cover’s colors and distinct features makes one want to give it a listen. The cover itself warns listeners of the unique and transversal sound she brings.

The opening song “Thousand Eyes” includes a twist of medieval music and repetition to make listeners feel Twigs pain as she sings about not being able to see someone she cares for again.

This album invites listeners to Twigs world and gives an understanding of where she’s been and why she’s taken such a long break from music.

FKA Twigs dabbles with topics such as ways to survive heartbreak and low self esteem. The song “Fallen Alien” brings a dark tone in which she describes someone not being able to love her because she is an alien and aliens are unique creatures.

As I heard this song, I knew Twigs was describing herself as an alien, but couldn’t help delving into more analysis.

Twigs not only seemed to identify as an alien but it seemed as though she was comparing her own feelings of numbness and abnormalness to that of an alien.

The whole album shows Twigs growth musically and personally. The album provided a display of her growth as a woman in the music industry.

Twigs growth lyrically and production wise is astounding. She’s dived into her own vulnerability and is unafraid to share that with the public.

I would definitely recommend this album to anyone who is interested in listening to a masterpiece with important subliminal messages.