El Camino: A Worthy Epilogue to One of the Greatest Shows of all Time3 min read 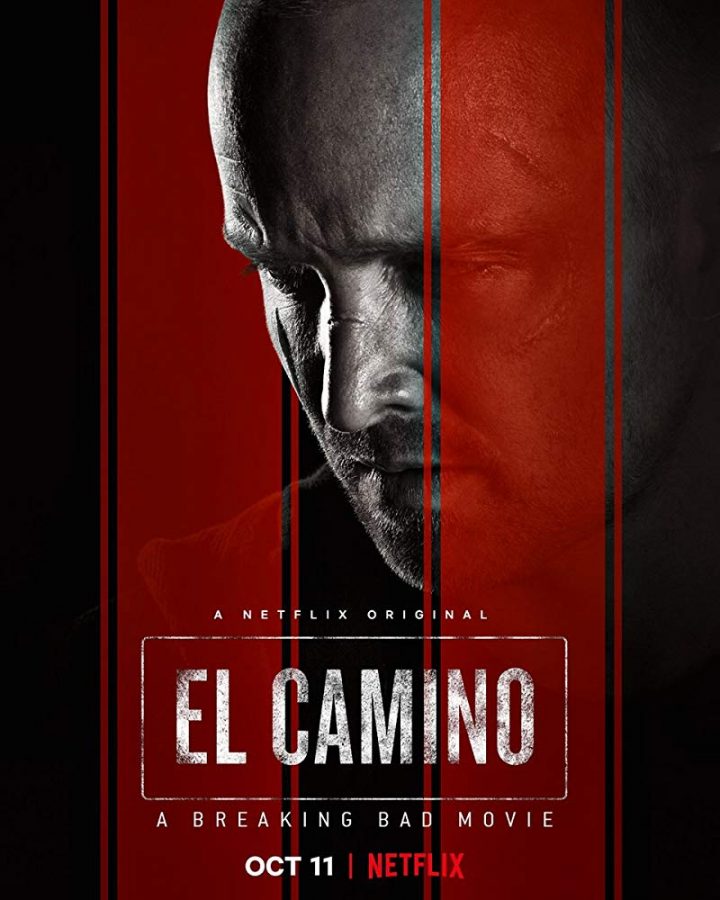 Epilogue is the key word here. This is not a new chapter of the “Breaking Bad” story, but a conclusion to one character’s story that didn’t get a full ending. It is definitely a worthy epilogue and worth your time if you are a “Breaking Bad” fan.

“El Camino: A Breaking Bad Movie” throws us right back where we left off when Jesse Pinkman (Aaron Paul) escapes from the shooting and is on the run trying to avoid the authorities. The film goes back and forth between the present where he’s trying to escape and get a fresh start and in the past during the time he was held captive. This allows us to have time with characters from both time frames and see some old and familiar faces.

Director Vince Gilligan does a masterful job making it feel like we never left this world, even though it’s been half a decade since we were last in the world of “Breaking Bad.”

The cinematography, score and writing are all up to par with the emmy winning quality seasons of the show. There’s the classic Gilligan style of having extended shots just to let the viewers soak in the imagery and atmosphere.

The main attraction to “Breaking Bad” is due to how realistic it was about the drug industry and the life of crime, never glorifying or romanticizing it in the process. That continues here.

Nothing that happens feels far fetched or “Hollywood.”

It’s an honest, down to earth story anchored by a phenomenal Aaron Paul performance.

The storyline is slow, with detailed scenes spotlighting Jesse Pinkman allowing him to absolutely eat up the screen. This is very much a Pinkman character piece.

We get a lot of alone time with Paul’s character that we never really got in “Breaking Bad.”

We see the horrors he went through when he was held captive and how the gang members treated him, like he was an animal.

Jesse exudes a sort of powerlessness through all of this, allowing the audience to sympathize with him and everything he went through.

Memorable moments on screen are displayed because director Gilligan, even after showing us everything Jesse went through for 6 years, helps us recognize that deep down he’s still the same naive kid we see in season 1 of “Breaking Bad.”

Even when he has a chance to escape captivity, he feels too weak and powerless to take the risk, and accepts his imprisonment in a brilliant but absolutely devastating scene.

Gilliagan emphasizes the point that Jesse was never truly a bad person. He just got roped into everyone else’s drama and was taken advantage of, and had to suffer greatly because of it.

Parts of the film can be difficult to watch, particularly when they go in depth to Jesse’s captivity, but it’s handled well and with a purpose.

The only issues with the movie are the pacing near the end. The plot comes to a sweet but rather abrupt ending, but even that is subjective at best. If you’re looking for a clear end for all characters from “Breaking Bad,” you’ve come to the wrong place.

Gillgan emphasizes that this is a Jesse story with the ending. Some might be left feeling dissatisfied, even me a little bit, so I’m telling you right now don’t go in expecting that

This film demands your eyes stay glued onto the screen and is a must-watch for “Breaking Bad” fans.