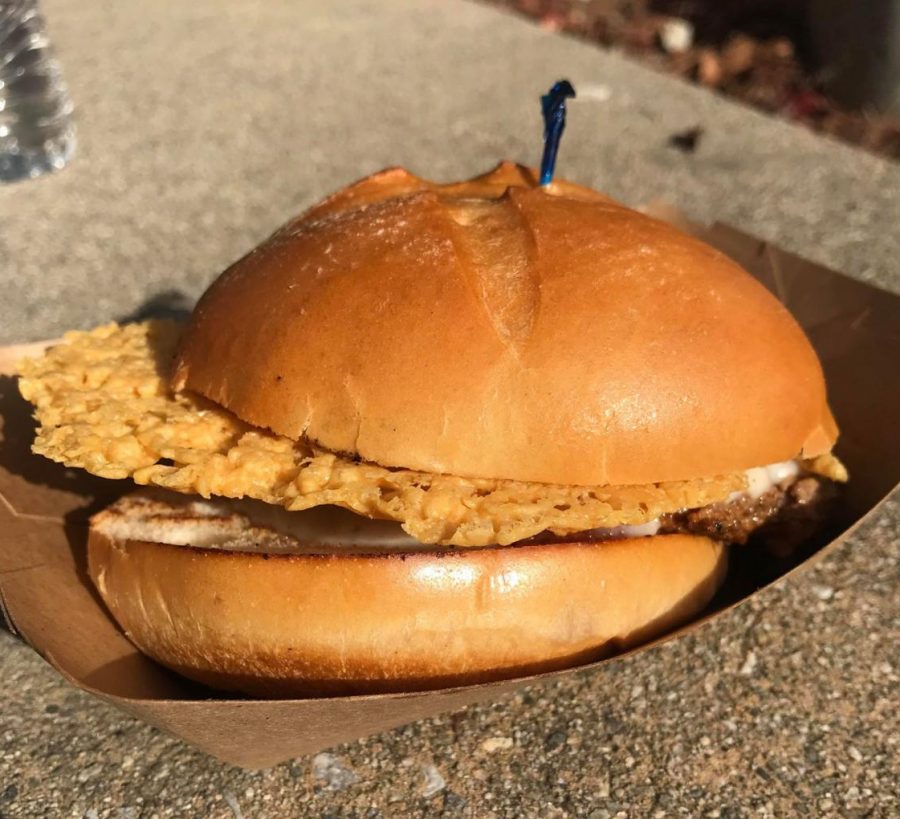 With the revolting and confusing infusion of both pizza and burger, the Pizza Burger is the only burger that has ever disgusted me and also caused me to gag.

The time it takes to perfect a meal is a strong indication to the quality of the product. With this being true, the Pizza Burger legitimately took thirty seconds to make, making it feel like an incomplete mess of cheese blends slapped on a patty effortlessly and served like dog food. The time it took to make was laughable.

The burger supposedly consists of a beef patty, sliced pepperoni, pizza sauce, oregano and a mozzarella cheese blend on a parmesan cheese bun. Some heavily notable mistakes were that the bun was plain instead of being topped with parmesan, and there was absolutely no traces of oregano.

My hands were dripping with pepperoni grease while I lifted the soggy burger off my plate. There was an unusual slab of cheese crust that looked like hair follicles slapped on an undercooked patty.

The cheese blend the burger claims to have is downright revolting as it combines hard stale cheese, melted cheese and cheese on the bun. Everything seemed completely undercooked and effortlessly made.

My first bite completely eradicated my taste buds as I struggled ferociously to even comprehend what I was tasting. I didn’t even swallow either of my two bites before tossing it in the garbage.

The aftermath of eating the burger gave me a overpowering and sickening cheese flavor in the back of my throat whenever I exhaled through my mouth. Unfortunately after tasting the burger, my entire body began heating up and my face began to swell. I immediately ran to the bathroom and vomited an inconsiderably large amount of puke after drinking water to wash down the putrid flavor.

If you like pizza, eat pizza instead. If you like burgers, everything else is better than this. While I usually recommend people to eat tasteless food with the lowest of expectations, I would recommend you have an easy access to a doctor or stomach flusher after trying this product. 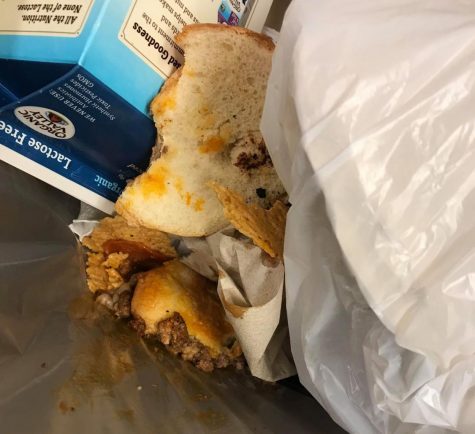