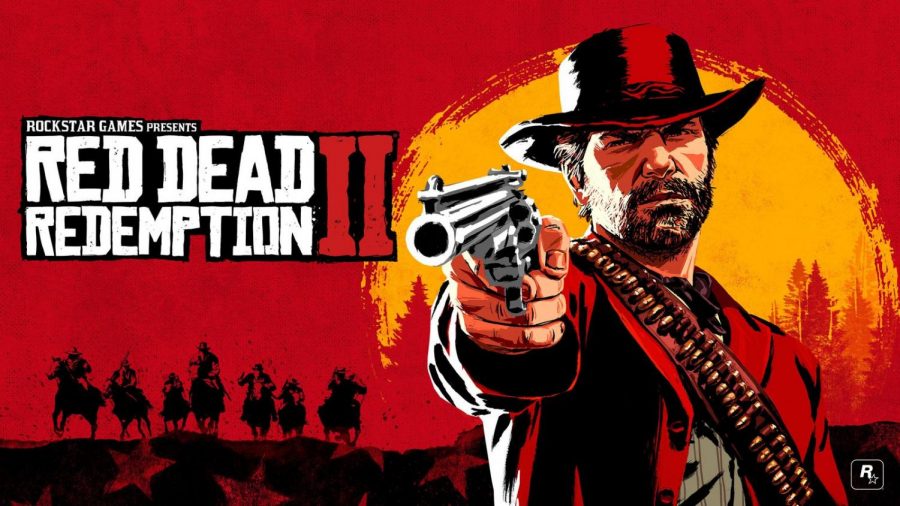 “Red Dead Redemption Two,” combines a meticulously crafted open world with a myriad of realistic details fully immersing you in its universe. Released on Oct. 26, by the creators of the “Grand Theft Auto” Series”, “Red Dead Redemption Two” is set in a fictitious rendition of a Western style United States in the 19th century.

You take on the role of Arthur Morgan, an outlaw and member of the “Dutch Van Der Linde” gang, on a quest to escape the law and survive in a harsh environment, filled with bounty hunters and gang wars. As part of a community, Morgan must cooperate with his allies as a member in order to survive each coming day.

Morgan may be witty and upfront, but most of his personality and attitudes are defined by your decisions and actions. Everything from being a bank robber, debt collector, animal hunter and more, is defined by you.Even the most intricate details can be noted. From skinning animals, picking herbs, hunting, and even shaving Morgan’s rapidly growing beard.

Beautiful wide landscapes ranging from snow covered mountains, sunny cities bustling with citizens and wilderness filled with animals of different sizes means there is always something new to see and explore, no matter where you are.

The flawless Western accents from characters Morgan interacts with feel more believable. Your actions with these characters impact the consequences of human behavior, meaning they can get annoyed or feel threatened. Characters talk and act like actual human beings, rather than robots programmed specifically to do something. These people even remember your heinous acts and crimes, since your actions will play a role in other communities.

As Morgan, you are given multiple choices of weapons, such as the classic Western revolver, double barrel shotgun, lever action rifles, dynamite and your trusty combat knife. If you enjoy gunplay, you’ll be greatly satisfied at the level of damage and impact Morgan’s weapons bring to the table.

Each gunfight feels significantly different than the last, and the addition of these weapons are just icing on the cake. Expect the full pleasure of blood and gore in this gunslinging chaotic world.

“Red Dead Redemption Two” is a brilliant and unique masterpiece. There is always something to do the moment you step foot in the world, and the level of realism and detail is enough to boggle your mind. Each and every single action crafted in this game is tailored to make you understand the life of a true Western outlaw.

Although multiplayer is not yet implemented, the single player campaign is already the game’s masterful selling point. The characters are lovable, the survival aspects are believable and the world is gorgeous. “Red Dead Redemption Two” is worth the $60, as an absolute must buy game.