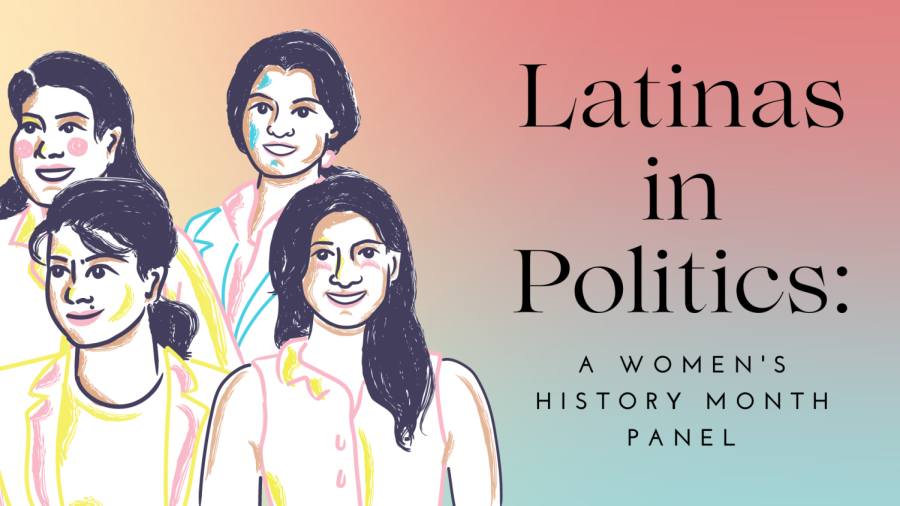 The event is part of De Anza’s One Book, One College, One Community initiative, a schoolwide reading project intended to encourage students to have conversations about topics of intersectionality, social justice and race.

During the panel, the four guests shared their political journey and talked about how the support of other women has influenced their decision to run for public office. As the only Latina council member in the city of Morgan Hill, Martinez said the key to her success in politics was commitment and a strong support network.

“It’s important to show up and ask for help,” Martinez said. “When I became a council member, I reached out to the women in this conference and they helped me each and every time.”

Carrasco, who represents District 5, said that the key things that helped her succeed as a woman in a male-dominated field are a good sense of humor and a great support system that always keeps her in check.

Arenas also talked about the importance of a support system as she faced some opposition at the start of her political career.

“There were a couple of men who called me ‘crazy’ for running for office while pregnant which showed how we’re expected to just assume ‘our place’ as women,” Arenas said.

“It’s not always easy for any of us,” Esparza said. “I’ve been called ‘little girl’ and all sorts of things. Even when I first got elected to the city council, there were people who wouldn’t meet up with me, but in the end what has given me strength is the people I represent.”

In the city of San Jose, Latino representatives account for half of the council members, which is a rarity on a nationwide scale. While the total US Latino and Hispanic population reached almost 20% of the total population in 2020 according to the U.S. census—making it the second largest racial or ethnic group in the country—Latino elected representatives accounted for less than 2% of local, state and federal offices in 2018, according to the National Association of Latino Elected and Appointed Officials,.

The number of Latina representatives is even lower, despite accounting for about 18.1% of all women in the US in 2019 according to the American Association of University Women .

“Truth is, women don’t run on their own,” Arenas said. “We’re more than half of the population, but we’re very much under-represented.”

This underrepresentation was one of Esparza’s motives for running for office in November of 2018. She said she

was a Red Cross volunteer during the city’s 2017 Coyote Creek flood, which affected mostly low-income Spanish and Vietnamese-speaking families living around the creek.

“The flood was devastating to my community,” Esparza said. “District 7 has one of the highest poverty rates in San Jose and the city did a terrible job responding to their needs.”

Esparza also said that with a report stating that the COVID-19 pandemic disproportionately affected Latino families and businesses in East San Jose, allies are important.

“I’m very lucky that Magdalena, Sylvia and I are not afraid to speak up in council,” Esparza said.

Martinez also said how being Latina has helped her connect more to her minority constituents.

“I know what it’s like to be underrepresented and it comes very natural to be able to understand and empathize with somebody coming from that position,” Martinez said. “Many times we only hear the majority’s voice’s side, but when you’ve experienced first-hand the challenges that the people are facing, it empowers you to look at things differently and be more open to listen to them.”

For those interested in internships in politics, council members Magdalena Carrasco and Sylvia Arenas said they can be reached out through email or phone.