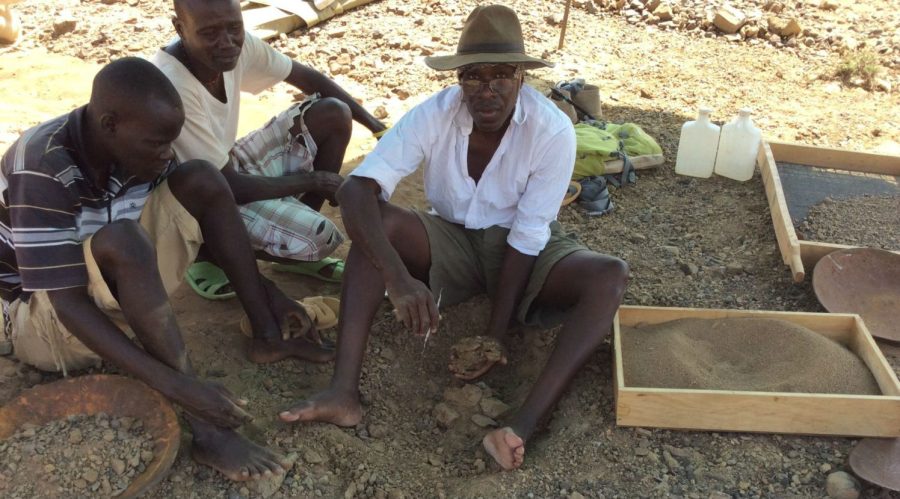 Isaiah Nengo, doctor in biological anthropology and former De Anza professor, died on Jan. 23, at the age of 60.

Nengo’s biggest accomplishment in the world of anthropology was the discovery of a 13 million-year-old ape skull, the Alesi skull, which gave scientists a better idea of what mankind’s common ancestor looked like and came from.

Born in Nairobi, Kenya, the young Nengo was always interested in biology. It wasn’t until Richard Leakey, a famed paleoanthropologist, visited his high school, that his curiosity about the origins of humanity exploded. Thrilled by the possibilities, he wrote to Leakey and the two formed a friendship.

From there, Nengo ended up finishing his bachelor’s degree in zoology and botany at the University of Nairobi. He then got his doctorate in biological anthropology at Harvard University where he studied under David Plibeam, a top paleoanthropologist, and Stephen Jay Gould, who is most well known for developing the theory of punctuated equilibrium, which reshaped the debate in the biologist community about evolutionary patterns.

After his career at Harvard, Nengo relocated with his young family to Northern California, where he started teaching anthropology full time at De Anza College in 2006.

That was where Purba Fernandez, geography department chair, said that she would find him, sitting outside on the steps of the Advanced Technology Center. He liked to take the time between classes to gather his thoughts and the two would often chat in the few minutes they had.

She said that what always stuck out to her was how wonderful it was to have someone of his pedigree be so passionate about equity at the school.

“He could have chosen to teach anywhere, like an Ivy League school, but De Anza was his commitment,” Fernandez said. “I think he was really committed to bringing world class education to community college students.”

He would teach at De Anza for eight years, until his old friend’s daughter, Louise Leakey, implored him to reprise his research back home in Kenya.

Nengo accepted the offer and took leave, but he didn’t leave alone. He convinced the Foothill-De Anza Foundation to finance an annual summer trip to Kenya for students who were interested in joining him. He said that he wanted to provide opportunities for community college students, “especially minorities, to study abroad.”

Cialysiah Washington, 24, was one of those students that got to go.

In 2017, she signed up for the trip after hearing about it from a friend. Now having graduated from De Anza the year after, she said that the trip was a life-changing experience.

Even though they were half way across the world, she said that Nengo always created a warm and fun atmosphere at their dig sites.

“He played Michael Jackson, Earth, Wind & Fire and all the music from the ‘70s, and we would just vibe out,” Washington said. “He was hilarious.”

One of her favorite memories of the trip was when, on their final night together, the students decided, as a gesture to all that had taken them in, that they would cook them a meal and have a celebration.

She said that it was very emotional for her to be able to reflect on their shared experience of being Black in the U.S. Even though Nengo had immigrated from abroad, he had the experience of learning and navigating its culture, so he imparted onto her the importance of minorities finding opportunities that those before them never had.

Nengo himself was the director of research and science, as well as second in command to Richard Leakey, at the Turkana Basin Institute, an international research project funded by Stony Brook University in Kenya.

“In that field, you don’t really have a lot of African Americans, so he made history,” Washington said. “Him living out his life was absolutely inspiring.”

Three years prior, Nengo’s “ragtag group of local fossil finders” were at a loss. They had dug for two weeks, but found nothing. Until one chance encounter on Sept. 14, 2014, when his colleague John Ekusi, noticed something strange in the ground where he was smoking his day-end cigarette.

When the group caught up to him, they could tell that they had stumbled upon something special.

The team dug up what is the most complete skull of an extinct ape species that was estimated to be 13-million-years old.

They wouldn’t publish their findings right away. It took two years to finish their geological research of the site and put the skull through extensive imaging, using the most up-to-date X-ray technology in order for scientists to model what the skull fully looked like without breaking it apart. Their findings showed that a previously undiscovered ape species had originated in Africa.

All of this success meant that he finally had to end his career at De Anza and dedicate himself to his research. But his drive to help underprivileged students never stopped.

He also helped found a new paleoanthropology program at Turkana University College, where he said that he hoped “the program (could) help address longstanding disparities in research by supporting homegrown, African scholars.”

His former colleagues said that this very commitment shone through during his time at De Anza.

Ameeta Tiwana, department chair of anthropology, worked closely with Nengo when the two were in charge of setting up the new lab and classroom in the Media and Learning Center. They also arranged the skeletal displays on the first floor that are still up today.

She recalled how they would come in on Fridays just to measure the depth of the drawers and cabinets to make sure that they could fit all of the tools their students would use.

“We wanted to make the classrooms a place of enrichment and outreach, while at the same time, addressing the needs of all types of students,” Tiwana said.

At the social sciences and humanities division, where he and Tiwana worked, his colleagues say that he was a key voice in the room whenever the conversation shifted to equity.

Carolyn Wilkins-Santos, the former division dean, said that he “always had something appropriate to say” at their equity core team meetings.

She remembered one time, when they finished a panel discussion about multiculturalism, how impactful it was to see him raise his hand and say, “this was the best meeting that we have had.”

She said that the issues they discussed were personal to him and that she remembered hearing about how his young son was dealing with his own racial issues at school.

“I think that caused him to really reach out and try to make sure all students at De Anza were fitting in,” Wilkins-Santos said. “He wanted to be multiculturally focused.”

In their eleven years together, she said he and Tiwana became “one cohesive thought machine” that made completing major projects, such as the MLC relocation, successful. They would sort out key logistical items before bringing them to her attention.

“He was that kind of team player,” she said.

“He was a person who would give his opinion in a very polite way, while never creating any kind of ill will or making anybody feel that their thoughts were not important,” she added. “And he had a lightness about him. In other words, if it doesn’t go his way, he could work with you and still be pleasant.”

In terms of humor, Nengo always had plenty to spare. Tiwana said she remembered how one time, when they were asked to describe themselves in one word at a faculty orientation, he chose the word “nuts.”

“It says so much about him,” Tiwana said. “He’s nuts about his passions, drive, commitment, family, and discipline.”

Wilkins-Santos also remembered how at a welcome party for new teachers, Nengo casually slipped in a story about how he once “crashed” at his distant cousin, Barack Obama’s “pad” when he was in grad school. But beyond that, he never referred to it again.

“If you didn’t know his background, you would never have suspected that he had done the things he had done and run with the company he had run with,” she said.

Nengo is survived by his wife and three children.

Even though his time at De Anza was cut short, he is missed by the students and faculty that knew him.

Wilkins-Santos said that she often thinks about the time he introduced her to his parents and that she wonders now how they are handling the loss.

“Those are the two people I have thought about the most during this,” Wilkins-Santos said. “I wonder how they must feel having their only child taken away so early from them.”

Washington said that she owes a great deal to the example he set for her and that she was lucky to have crossed paths with him.

“It’s hard to find people that are so passionate about their field, but you could see he was genuinely in love with his job in the way he lived,” Washington said. “I want to thank his family and every single person that inspired him to be who he is. He really is the definition of the kind of professor we need in college these days.”

“He was such a blessing to me.”

A video about his team’s discovery of the Alesi skull can be found here.

A video of Nengo’s “safari through time” from National Geographic can be found here.

A video of a celebration of his life can be found here.